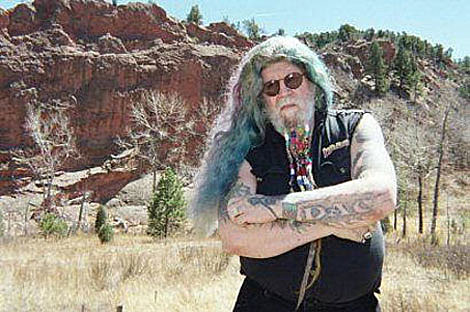 Coe was in and out of reform schools, correction centers, and prisons from the age of 9. According to his publicity campaigns, he spent time on death row for killing an inmate who demanded oral sex. A public TV documentary produced by KERA Dallas followed Coe back to the prison where he did time. The show ended with a director's note that prison officials could not back up Coe's claims of being on death row. Rolling Stone magazine questioned Coe about the claim in an article titled "Rhinestone Ripoff", putting Coe in a position of having to prove his own guilt. Regardless of the facts, Coe claimed to have been incarcerated at several prisons, including Ohio State Reformatory in Mansfield OH (not the location of Ohio's death row at the time). He claimed to have been paroled in 1967, after which he made his way to Nashville where he embarked on his career, recording for small labels before being signed to Columbia Records.

Coe recorded two albums in 1978 and 1982 containing racist and misogynistic lyrics of extreme vulgarity and racial crudity: Nothing Sacred and Underground Album. Also available is a best of the X-rated albums compilation entitled "18 X-Rated Hits." Coe has defended the songs (such as one deriding an adulterous wife who leaves her white husband and children for a black man) as bawdy fun which never made him much money--as well as pointing out that his drummer at the time, Kerry Brown (son of blues guitarist Gatemouth Brown) is black and married to a white woman. Napster added to the confusion regarding Coe's racist songs by mislabeling offensive works by other artists, especially Johnny Rebel, whose songs are often mistakenly attributed to Coe.

Coe was a member of the one percenter biker club, Outlaws MC. Very early in his career, Coe was a sideman in the popular Cleveland rock band Eli Radish, founded by Danny Sheridan. [Wikipedia]

Those in the scenic burg of Ormond Beach, FL will be getting a full week of outlaw country singer David Allan Coe this March. Up in New York City though, we get only one but rare show by the controversial (see above) country music singer - he'll be at Music Hall of Williamsburg on Friday, June 11th. Tickets are tickets are on sale (@ noon).

Those are just two of the many upcoming tour dates for the 70-year-old. All dates and a video documentary are below...