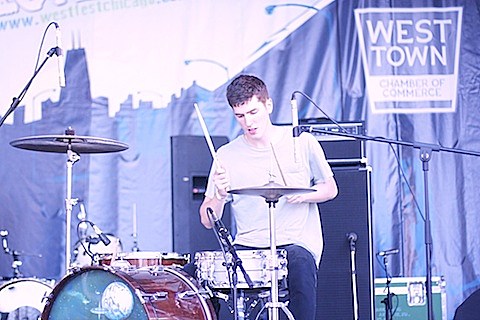 As mentioned, Pedro the Lion frontman David Bazan is taking his former band's 2002 album, Control, on tour this year. That tour hits NYC on November 15 at Music Hall of Williamsburg and tickets for that show are still available, but if you'd like to see him in a more intimate venue, he'll be playing Mercury Lounge a day earlier (11/14). Tickets for that show go on AmEx presale today (10/24) at noon with a a general on-sale starting Friday (10/26) at noon. Since we last spoke, Polyvinyl-signed shoegaze duo Stagnant Pools have been added to that tour, and will open both NYC shows.