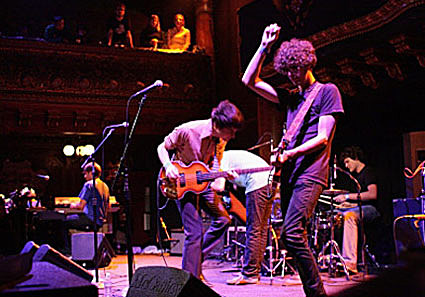 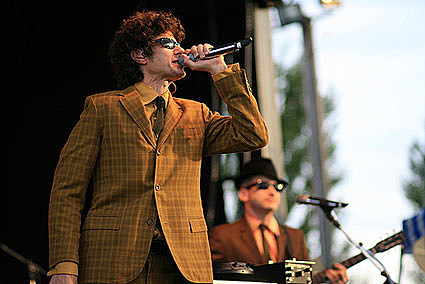 The hip hop pioneers will be recognized for their innovative 2006 concert film, "Awesome, I F***ing Shot That", which was filmed entirely by dozens of audience members using hand-held cameras provided by the group, epitomizing the Internet's interactive spirit and foreshadowing the boom in user-generated video. The trio has also been a longtime advocate of more flexible copyright rules that allow artists and fans to legally swap, share, and remix music.

"From the Internet to video to music, Beastie Boys have created a totally unique, two-way relationship with their fans," said David-Michel Davies, executive director of The Webby Awards. "They embody the kind of collaboration and exchange of ideas that the Web is all about."

In keeping with Webby tradition, all special achievement honorees and winners will limit their speeches to just five words (Al Gore's 2005
speech: "Please don't recount this vote."). The ceremony will be hosted by comedian Rob Corddry ("The Winner", "The Daily Show").

Hailed as the "Oscars of the Internet" by the New York Times, The Webby Awards is the leading international honors for Websites, interactive advertising, online film and video, and mobile content. The Webby Awards is presented by the International Academy of Digital Arts and Sciences, a 550- person judging academy whose members include Vinton Cerf, R/GA's Chief Bob Greenberg, "Simpson's" creator Matt Groening, Arianna Huffington, and Harvey Weinstein.