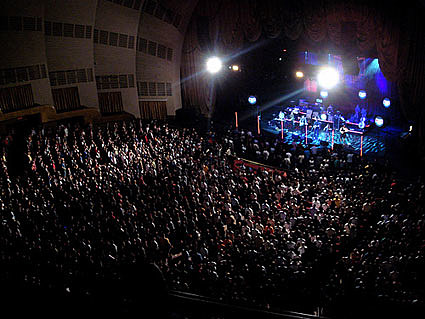 I thought David Bowie would at least introduce Arcade Fire, or say something to kick off the "festival", but nope. He was there though - I saw him. He was wearing a gray suit, and looked happy & healthy - sort of like how he looked two nights earlier at the Met........ 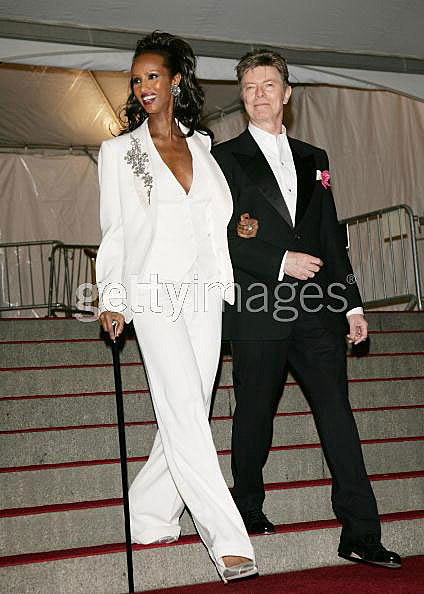 He came out the backstage door into the orchestra area at some point. For the encore at least - he was standing against the same wall (stage left) that the trumpet player (Kelly Pratt) (also in Beirut) ran along to do this.... 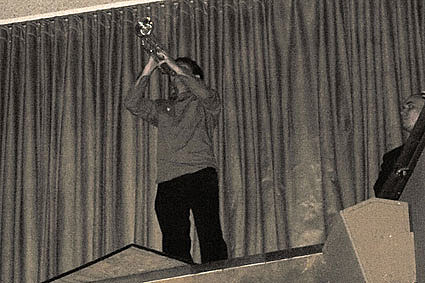 Arcade Fire were great, but it sounds like maybe United Palace was more fun. At Radio City there was lots of fighting (literally) between the crowd and security. A bunch of people got dragged out. The security didn't know what to do when Win encouraged people to dance in the aisles.

If Bowie had played with them, it would have looked something like THIS and THIS. Was David Byrne there? I didn't see him, but someone told me they did see Lou Reed and Laurie Anderson. 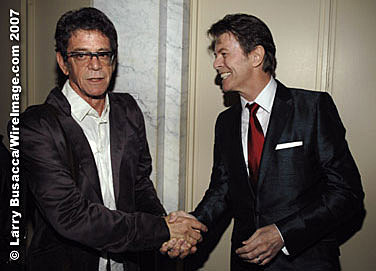 I missed the National - not on purpose.

And just in case you were wondering, Zach Condon from Beirut was there too - it would have been the only one of the three shows he would have been able to make. Actually, they were ALL probably there - the whole indie trumpet player mafia.

I believe there are still tickets available for the Air, TV on the Radio, Kate Havnevick show tonight (the 2nd High Line Festival show).

Beirut is back for three shows in September. Tonight Arcade Fire hit Boston.

Setlist:
Keep the Car Running
No Cars Go
Haiti
Black Mirror
Neighborhood #2 (Laika)
In The Backseat
My Body is a Cage
The Well And The Lighthouse
Ocean of Noise
Neighborhood #1 (Tunnels)
(Antichrist Television Blues)
Neighborhood #3 (Power Out)
Rebellion (Lies)
--Encore--
Intervention
Wake Up 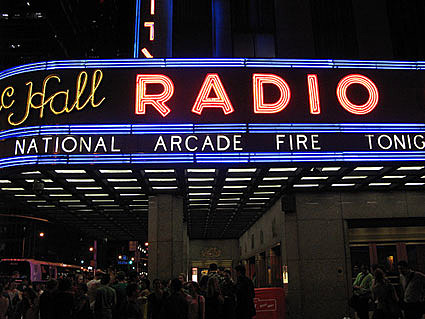