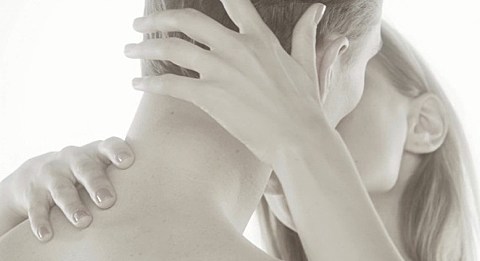 There's already one video, made on the cheap, for the James Murphy remix of David Bowie's "Love Is Lost," and now, like James/David's pals in Arcade Fire did with "Reflektor," a second video has been made. This one, directed by Barnaby Roper (Futureheads, Moby), came out today (via VICE) and it can be watched below. It's on the NSFW side, mind you.

In an interview with Chicago radio station WBEZ, Murphy explained a little about his thought process and why he thinks that incorporating music into the already very noisy subway is so important. "I want to make every station in New York have a different set of dominant keys," he said. "So that people when they grow up, later on in life, will hear a piece of music and be like, 'Oh that's Union Square.'"

Murphy wants a note to play every time a commuter walks through a turnstile.The most musical parts of the day would of course be rush hour when large crowds of people are walking through the turnstiles, causing many different chords to echo through the stations.

"Each line would be a piece," said Murphy. "The green line would go through different chords and when they intersected with other lines that would change that station."

Watch the new Bowie video below...