Due to ongoing work on a new project, David Bowie has announced that it will not be possible for him to perform at the Highline Festival in May. He will however continue to curate the event alongside Highline producers David Binder and Josh Wood.

Further announcements relating to the festival line up will be made shortly.

Strangely this news doesn't actually appear on (the public section of) BowieNet, but there are others who saw it.

That sucks. In better news, and according to a commenter, Deerhoof will be joining the already known high-lineup that now includes only Daniel Johnston. Bang on a Can cellist Wendy Sutter also lists 'Highline Festival' in her tour dates. The festival is supposed to be ten days long, so obviously there will be many more artists announced. 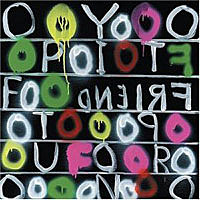 ...I want to say for the record that I'm a big fan of THE SHINS and OF MONTREAL , both of whom also have new albums coming out the same day. I've already heard the Of Montreal record because we share the same booking agent, and I fully believe that any song on there deserves to be all over the airwaves come January, they are all so ingenious. I haven't heard the Shins album but I can say that I was so amazed when I heard them play at ATP one time, I ran right back to our room afterwards and wrote most of "Running Thoughts" in a fit of admiration and (attempted) imitation.

After FRIEND OPPORTUNITY comes out we're going on tour, and we're feeling pretty privileged about the chance to play with so many great other groups

The tour they're speaking of has them at NYC's Irving Plaza this Friday night. Busdriver (who Wes does not like) and Proton Proton are also on the bill.

Has anyone seen the new animated movie Arthur and the Invisibles (starring David Bowie)? Good?