To quote the Houston Press:

Late Monday just before midnight, the music world and social media stood agog as David Bowie's official website teased a new album, set for a March release, entitled The Next Day, produced by Tony Visconti.
Fuckin' Tony Visconti. Just check out his discography why don't ya? Just half of Bowie's catalog and T. Rex. NBD.

Funny enough, this all occurred on his birthday. Mr. Bowie turns 66 today, January 8.

It even came with a freaky new video for a song called "Where Are We Now?" directed by Tony Oursler with Bowie standing in an art studio while two puppets sang.

Head to David's website for the goods. What a great way to start 2013!

Check out Bowie's new press shot and the new album's tracklisting below... 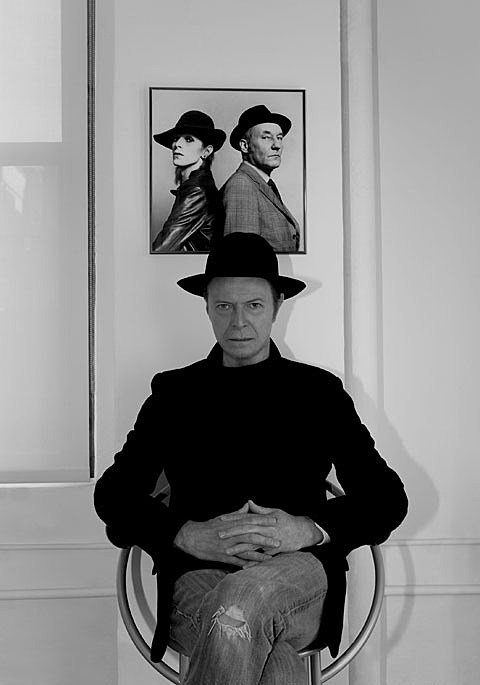