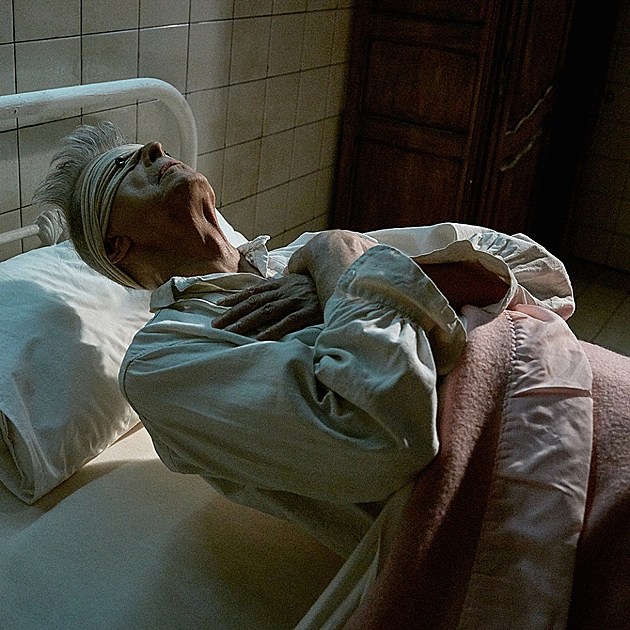 David Bowie's experimental, jazz-influenced new album '★' (pronounced "Blackstar") officially comes out in less than 24 hours, and ahead of that he's shared the video for one of the singles, "Lazarus." Like on the video for the title track, Bowie worked with director Johan Renck (who's also episodes of Breaking Bad and The Walking Dead), and Bowie wears the same bandage over his eyes that he did in that video. Watch below.

Filed Under: David Bowie
Categories: Music News
Comments
Leave A Comment
Listen to Spoon’s cover of David Bowie’s “I Can’t Give Everything Away”
Indie Basement: Best Reissues, Box Sets & Compilations of 2022
Knifeplay discuss their favorite albums of 2022
Kid Congo Powers tells us about his favorite albums, gigs, movies & books of 2022
10 Great Music Documentaries to Stream Right Now
NANCY tells us about the influences behind his debut album ‘English Leather’