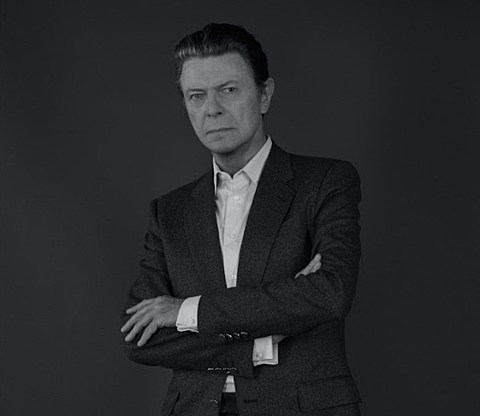 The day before David Bowie premieres his short film that accompanies the title track of his new album '★' (pronounced "Blackstar"), his new play Lazarus will kick off its run at the New York Theatre Workshop. It goes from Wednesday (11/18) though January 17. Bowie co-wrote the play and it features original music from him. As Bedford + Bowery points out, it's sold out but NYTW will be releasing a very limited amount of tickets this week. Follow their Twitter for notifications on that. And there's also this:

Join the cancellation line starting two hours before curtain on the day of the performance. Cancellation tickets are full price and will be sold on a first-come, first-served basis at the NYTW Box Office.

The initial block of CheapTix performances sold out almost immediately. Beginning December 28, we will hold a daily CheapTix lottery at New York Theatre Workshop (79 East 4th Street). Beginning two and a half hours prior to curtain, theatregoers can enter the lottery and at two hours prior to curtain, the lottery will close and names will be drawn for a limited number of $25 tickets. Winners receive up to two tickets, payable in cash only, and a photo-ID will be required. Each participant may enter their name one time per performance. Tickets are non-transferable, and an individual may only win once during the run of the lottery.

As for those "Blackstar" screenings at Nitehawk Cinema on Thursday (11/19), all are full except the 3:50 PM one. It's free, but you do need tickets.