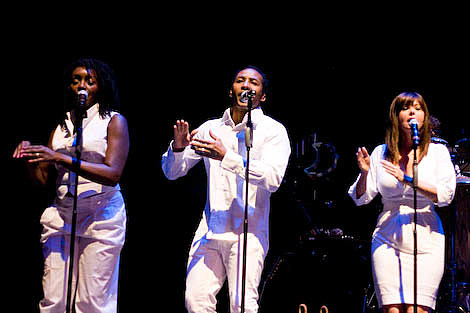 David Byrne finally announced the much-anticipated 2009 leg of his current Eno-tour (see recent setlists here and here), and that includes, as many hypothesized, a show at Radio City Music Hall in NYC. The date is February 27th. No tickets yet. All dates below...