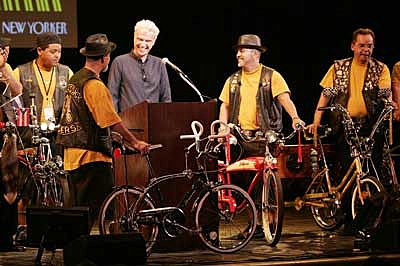 Mr. Byrne, dressed in black and sporting his cool taxi-yellow bike helmet (see our previous StreetFilm here) then rode onto the stage and locked up. Moments later Hal Ruzal, NYC bicycling icon and mechanic at Bicycle Habitat, emerged from behind a curtain to pick his lock with a variety of tools. Mr. Ruzal’s advice on not getting your bike stolen? “Have a bicycle lock that is real expensive, and a bicycle that’s really cheap.” True dat. [StreetFilms] 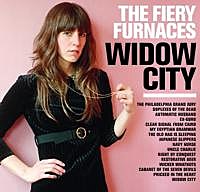 Fifteen years ago, Thrill Jockey Records was founded on the Lower East Side of New York City. In other words, it was 1992, so Thrill Jockey did as many new labels of those days did and released a number of 7" singles, with now-familiar names like Tortoise and Freakwater, and some now-less-familiar early Thrillers like Sugarshock and Gorilla.

In the fifteen years since 1992, the 7" singles have been fewer and farther between, but with some definite gems from time to time. Brokeback made its debut with a fine delight of a single called Returns to the Orange Grove. The Lonesome Organist bended minds with his 7" and its pop-up deluxe cover, and The National Trust made it happen with a 7" of their own too.

Now Thrill Jockey is looking back to that tradition for a way to celebrate fifteen years of making records for our favorite bands. Inspired by the delicious Devil's Jukebox 7" box set released in 1989 by Blast First, Thrill Jockey will release a limited edition, 180 mg 7" box of our own: Thrill Jockey bands covering their favorite Thrill Jockey songs.

The collection is planned as a set of 9 singles with some bonus goodies. The bands were allowed to cover any song by any Thrill Jockey band, and here's some of what they chose.

The Sea and Cake covered "Spider's House" by Califone from their most recent album, Roots and Crowns. The vocal styles of The Sea and Cake's Sam Prekop bring an entirely new feeling to the song. Califone and The Sea and Cake are touring this fall and will both be performing at Thrill Jockey's Anniversary shows in London and Chicago.

Tortoise chose to cover "Falls Lake" by Nobukazu Takemura, a Japanese musician whose ground breaking albums are delicate combinations of live instrumentation (largely played by Takemura himself), analog synths and computer manipulated or simulated voice recordings (on one record he used a computer program designed for those who are speech impaired).

Arbouretum recorded "Bus Stop," a dark beauty by Thalia Zedek, a Boston musician also known for her work in the bands Come and UZI. Thalia will be recording her second Thrill Jockey record this fall for release in early 2008, and also makes a contribution to the box set. Special guest on Arbouretum's recording is Victoria from Beach House, with whom Arbouretum are touring Europe this fall.

Pit er Pat selected a gem by The Lonesome Organist, "Flew Out my Window," from his album "Cavalcade," re-interpreting it with a killer calypso feel. Pit er Pat's Butchy Fuego recently performed as drummer number 7 in Boredoms' 77 Boadrum performance in New York. Pit er Pat are touring in North America this fall with The Fiery Furnaces.

Directions in Music covered "Toy Boat" by Jeff Parker, reminding us very much of the first Tortoise singles when Bundy Brown was in the band. Also, Pullman covered "3 am" by the Chicago Underground Quartet.

We hope you all enjoy this box set as much as we do and that it inspires you to chase down and listen to the originals - they are killer too! These songs will not be released on CD, and the box set will be pressed in a limited edition. 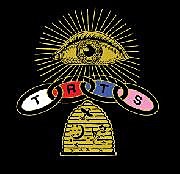 There are also 2 shows in London:

We're 15 years old! We will have a celebration. It will be epic. From the early Jockey days on the Lower East side of Manhattan to the current Thrills in the heart of Pilsen in Chicago we have had the extreme pleasure of sharing with the world an endless stream of amazing musicians and a wealth of unforgettable albums. On November 11th and 12th of 2007 Thrill Jockey is taking over Koko in London. This will be the event of a lifetime. Check out this lineup! Sunday November 11th: The Fiery Furnaces, Trans Am, The Sea and Cake, Califone, Arbouretum, Radian, The Zincs, and Daniel Higgs and Chiara Giovando. Monday November 12th: Tortoise, Bobby Conn, Adult., and KTL. THIS IS NO JOKE the only other place you'll see this many Thrill Jockey bands back to back is on our soon to be released 7" box set (details below).

Ticket price for Tortoise headline show on Monday 12 November is £17.50