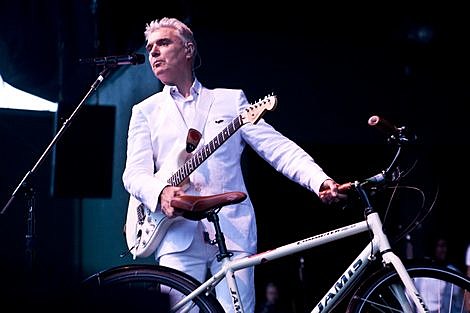 David Byrne is releasing Ride, Rise, Roar on DVD and Blu-Ray this Tuesday (5/31) via Eagle Rock Entertainment. It's a documentary shot during his '08/'09 tour. The film, directed by David Hillman Curtis, consists of rehearsals, interviews, and live footage of the tour which included performances of Talking Heads classics in addition to material penned by Byrne and Brian Eno for their 2008 album Everything That Happens Will Happen. The film originally premiered at SXSW 2010. Watch the trailer below. 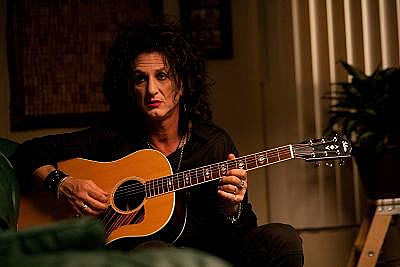 Byrne recently teamed up with Will Oldham (who just released a single for charity) to record original music for the film This Must Be the Place, named after the Talking Heads song of the same name. The film was directed by Pablo Sorrentino and is Sorrentino's first film to be shot in English. The film stars Sean Penn as a rock musician named Cheyenne. His character fronts the band Cheyenne and the Fellows, named after Siouxsie and the Banshees, and his appearance was inspired by Robert Smith of The Cure (as you can tell in the above picture).

According to a Consequence of Sound interview with Will Oldham, David Byrne was asked to write music for a demo that Cheyenne and the Fellows would record in the movie, and the script said that the music from the demo is reminiscent of Prince Billy...

"He was required to make up music for this band in addition to scoring the movie. So, he remembered that we had met [at a BBQ at Bjork's house] and wrote me, "Listen I was hired to make music that sounded like you which sounds kind of like a silly task." I replied with, "Well they hired you so why don't we make music that sounds like us" so that's what we did and we wrote four or five songs together for this fictional band."

David Byrne attended the screening at Cannes last week. Read his account of that "glamorous" trip in his journal. The movie hits theaters later this year. The trailer is below. 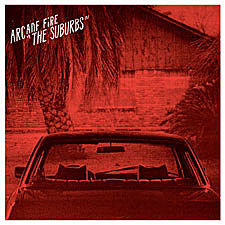 Arcade Fire (who covered the song "This Must Be the Place" as a B-side to the "Neighborhood #3 (Power Out)" single) are releasing a deluxe edition of The Suburbs August 2 via Merge. The release will consist of the DVD Scenes From The Suburbs (directed by Spike Jonze), an 80-page booklet featuring stills from the film, behind the scenes photos from the film's production, and lyrics, an extended version of "Wasted Hours," and two new tracks; "Culture War" and "Speaking In Tongues" feat. David Byrne. Listen to the David Byrne collaboration below.

David Byrne is also featured on Red Hot Organization's Red Hot + Rio 2, the sequel to 1996's Red Hot + Rio (which Byrne was also featured on). As we previously mentioned, the compilation brings Brazilian musicians and contemporary indie artists together to record a modern tribute to the late '60s Brazilian Tropicalia movement. Other artists on the compilation include Beirut, Devendra Banhart, of Montreal, Javelin, Beck, and more. The album will be released June 28 in partnership with Entertainment One Music.

Videos and songs and stuff below..

THIS MUST BE THE PLACE - HD-Teaser - Paolo Sorrentino