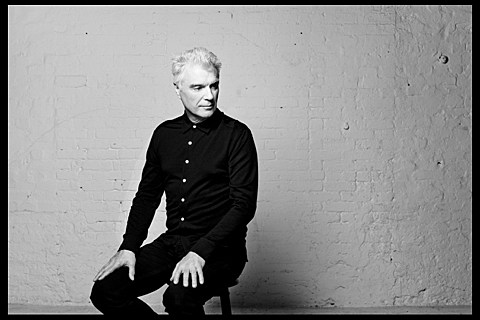 The tributes from those who knew, loved, and were inspired by the late Lou Reed keep pouring in. This one's from David Byrne, in a statement he gave to Rolling Stone:

I just got an email from a Chilean actress who wrote what it meant to be able to hear Lou's work during the period of dictatorship there. A breath of life, she called it. That gives you some idea of how widespread and deep his influence was.

No surprise I was a big fan, and his music, with and without the Velvets, was a big influence on myself and Talking Heads. He came to see us at CBGB numerous times, and I remember three of us going to visit him at his Upper East Side (!) apartment after one of our very early gigs there.

Lou was talking a mile a minute and going through tubs of Haagen-Dazs ice cream while he suggested some variations and adjustments we might make to some of our songs. He began to play our song "Tentative Decisions" (a very Lou song title, no?) but he played it way slower than we were doing it. He was showing us how the song might be as a ballad -- which made it more melancholic and elegaic than our bouncy version. It suddenly was of a piece with "Candy Says," "Some Kind of Love" or "Pale Blue Eyes." Of course we were in awe -- here was one of our heroes playing one of our little songs. But by then it was the wee hours of the morning, dawn was coming, and we were all pretty spaced out -- and we three probably had day jobs to get to at that point.

Read the rest of Byrne's statement at Rolling Stone.

In case you missed them, read statements from Lou's other old pals John Cale, David Bowie and Iggy Pop, and Patti Smith.