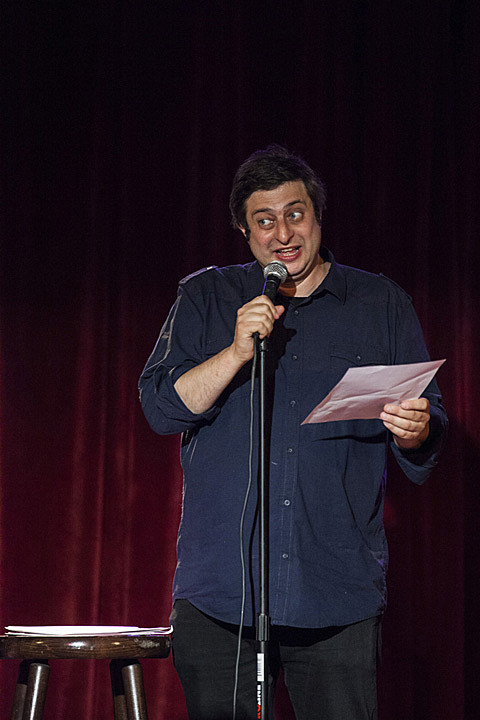 It isn't often that I dedicate a single post to a single one-off show, but sometimes one pops-up that has such a great line-up and whose proceeds go to such a great charity that I gotta spill it. On Tuesday October 22, Gramercy Theater will play host to an event called A Night of Comedy, Music and Other Awesome Stuff. The purpose of this event is to benefit an organization called OneKid OneWorld and their projects in Kenya and El Salvador:

OneKid OneWorld provides a foundation for education in impoverished communities throughout Kenya and El Salvador by giving children from primary school up through secondary school the opportunity for a better and brighter future.

By providing the basic needs of learning fundamentals like desks and books as well as paying teachers' salaries, building classrooms and even installing solar power technology so students can study at night, OneKid continues to make a tremendous impact not just on individual lives, but communities as a whole.

If that's not something you can get behind then you're a monster and belong in my nightmares and not amongst humanity. The line-up so far is preposterously awesome and features sets by David Cross, Janeane Garofalo, Eugene Mirman, Judah Friedlander, Wyatt Cenac and Todd Barry. Attendees will also thrill to music care of the great Rhett Miller from the Old 97's. The show also promises appearances from other "stars from stage and screen," though these add-ons are still TBD.

Tickets are currently on-sale and are available in three different options ranging from $50 - $85; front section VIP tickets (including close to the stage seating, a OKOW t-shirt and three raffle tickets) are $85, reserved seating just behind the VIP section are $65 and General Admission tickets are $50. So reach into those coffers of yours and pull out some dough and make a difference in the life of someone who cannot even fathom the privileges you take for granted on a daily basis and get rewarded with an incredible show. And don't forget that Gramercy sells those gigantic cans of Budweiser which are basically the best.

And in somewhat related news; David Cross has a show during the 2013 NY Comedy Festival, Eugene Mirman just had a comedy festival, and Todd Barry has a lot of shows coming up including a podcast taping at The Bell House on Tuesday October 29 (with Natasha Lyonne, Hannibal Buress, Nick Turner, Andy Borowitz, and more).

While I have your attention, apropos of nothing, please see my new favorite YouTube video of all time. Great song, great concept, hilarious main character, and a sweet ass cameo you gotta see to believe at the 2:33 mark.