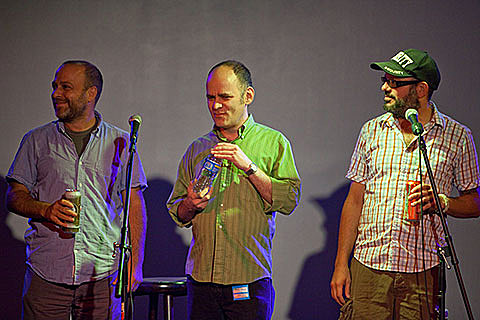 I have to talk to Spin magazine now. That's right, you heard me, Spin!!!!

I will also answer any questions related to the Tinkle show in Brooklyn the other night where Jon Benjamin and I told the audience to boo Todd Barry when he "dropped by". Lot's of blather on the old internets about that!

David Allen Roman is answering questions on Facebook, including, as he points out, ones about the Tinkle show. If you missed it, Todd Barry is pissed.