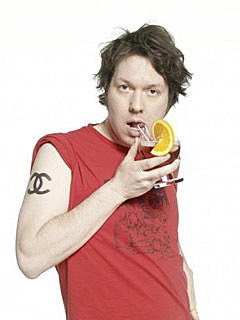 The next edition of Dave Hill's monthly variety show, "Meet Me in the Bathroom and Tell Me All Your Secrets," moves from it's usual home of Union Hall to The Bell House on June 18. The reason could be the guests this time, as the show is pretty stacked: David Cross, Juliana Hatfield, Michael Che, Jean Grae, Kate Berlant, and Marcus Monroe. Dave plays host and Valley Lodge (which he fronts) is the house band. That's a pretty killer bill of comedy and music and tickets are on sale now. Show flyer below. 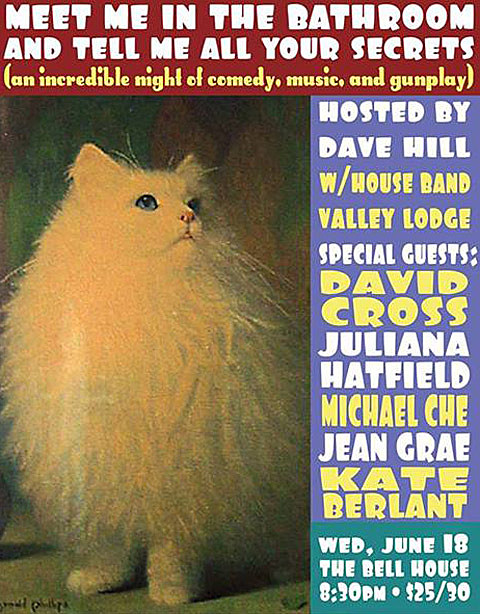