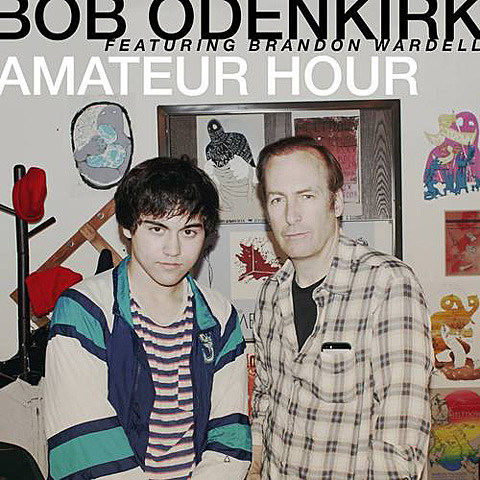 There were no special guests listed when Bob Odenkirk's Sunday NYCF appearance (11/9) at Gramercy Theatre was first announced. It has since been confirmed that the Breaking Bad actor will be reunited on stage with his Mr Show co-creator David Cross, as well as Michael Ian Black (The State/Stella/etc) and Brandon Wardell at the event where "Bob Odenkirk will be reading from his new book A Load of Hooey, screening videos, and giving a talk about some highlights of his comedy career." Tickets, which include a copy of his book,  are still available. Also on Sunday, Bob will be signing books at McNally Jackson Books in SoHo (95 Prince St., 1 PM).

Brandon Wardell is on Odenkirk's whole tour. The two also have an album coming out together titled Amateur Hour via AST Records. (That's the cover art above.) Says Wardell, "I thought I was just opening for his album recording and then found out after the show I'm actually on it and he just didn't want me to be nervous." The album's out November 25.