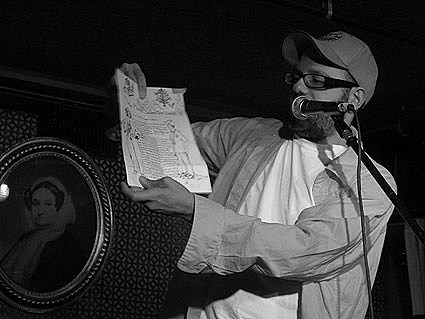 a review by Nick Greto

The evening started rather lonesome, as my friends eluded me. I called just about everyone I knew, but no one had the time.

Regardless, I made my way to Union Hall alone and arrived just before the doors opened at 9:15. But, ahh, what was this? It appeared that the early, weekly "Tearing the Veil of Maya" comedy show (this week with a very special guest) was still in session. I tried my luck. "Any chance I can get in for the end?"

A moment later I was on the other side of the door and Dr. Tobias Funke was on stage! Though I only caught about 15 minutes of his act, David Cross seemed unprepared. He fumbled through papers searching for each subject to discuss. However, when he did land a joke, it was a direct hit. One couldn't help but laugh. He discussed hippies and Hollywood, and sipped from what appeared to be a PBR. After the show everyone was asked to exit the room in preparation for the late show with The Silent League and Loney, Dear.

The Silent League took the stage a short while later and made for a perfect transition from David Cross to Loney, Dear. Their Flaming Lips-esque vocals and Bowie-influenced tunes seemingly warmed up an already excited crowd.

When Loney, Dear took the stage the room went silent, and the hushed sounds of frontman Emil Svanangen's acoustic guitar filled the air. Shortly thereafter came his distinctive vocals. The crowd stared on, apparently entranced. Then the entire band joined him for the second song, and the audience began to move.

On record - Loney, Dear's sound is relaxing - a chill, sort of "whoa is me/things aren't so bad" contrasting vibe, but live Svanangen's songs take new form. The hopefulness pours from the vocals and lyrics; the songs never feel depressing. The crowd was bubbly and filled with smiles. Svanangen shared stories, and joked with us. People swayed with the music, and sang along when asked.

The highlight of the performance was "Sinister in a State of Hope" - a beautiful rendition of a great song. At least one person near me was moved to tears. Moments earlier my girlfriend suddenly arrived - no longer lonely, I thought how appropriate it all seemed for a Loney, Dear show. 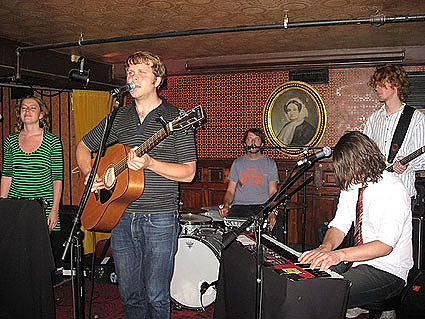 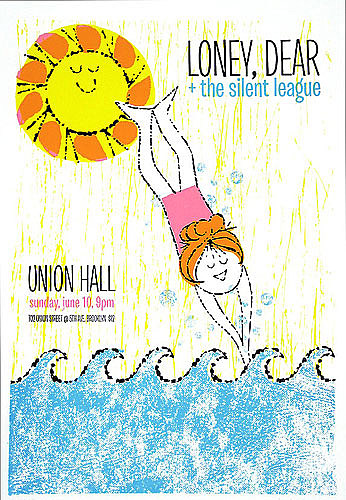