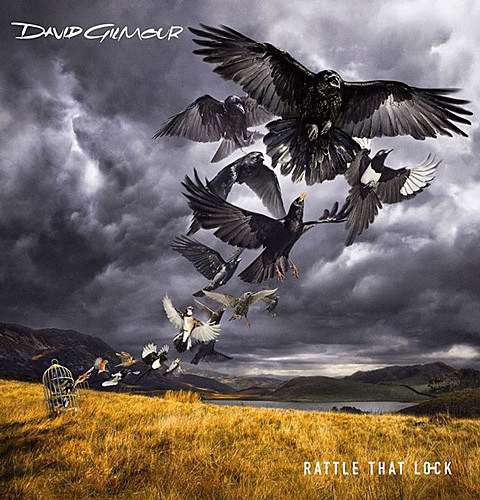 In this day and age, one of the most polarizing classic rock groups of all time has to be Pink Floyd. There are fans who think that only the Syd Barrett era matters. Then there are those who find the Syd Barrett era to be vapid and immature; just a bunch of drugged-out teenagers dicking around with their instruments trying to squeeze as much gold out of the psychedelic scene as possible while it lasted. "No," these Syd era detractors haughtily lament, "The massive era that began with the departure of Syd in 1968 and lasted through the 'Final Cut' in 1983, you know, when Roger Waters was at the helm and when the music became more thematic and thoughtful... THIS is the era of Pink Floyd that matters."

But then there is a third camp consisting people like me, who feel like the pretentious folks in the former two camps can go ahead and grab hold of each one of my butt-cheeks and kiss my ass because ALL PHASES OF PINK FLOYD RULE as do all of their various solo projects including Nick Mason's Fictitious Sports! I am a super-fan. And whenever Pink Floyd-related news hits the streets, it is my pleasure to relay this information to you whether you like it or not.

It was announced this afternoon that Pink Floyd guitarist David Gilmour will be releasing his first solo album and embarking on a short solo tour for the first time since his 2006 On An Island record and tour. His new album, titled Rattle That Lock, will be released worldwide on Friday September 18, 2015. That's the cover art above. The first single, the album's title track, is set to debut on radio in the UK and around the world on Friday (7/17) and available to buy from digital platforms on the same day. You can get a preview via an album trailer on Gilmour's site. You'll also be able to pre-order then album on Friday and it wouldn't be a Pink Floyd related release if the album wasn't going to be packaged in about 9,000 different iterations all with different bonus features and super-fan whatnots. More info on that below.

It was also announced today that David will be embarking on a four-date North American Tour! The tour will roll into New York City's Madison Square Garden on April 11, 2016. Tickets for normal people go on sale Friday (7/17) at 10 AM, the same day his single "Rattle The Lock" will be released. (COINCIDENCE??) The tour will also make stops at LA's Hollywood Bowl on March 24, 2016, Toronto's Air Canada Centre on March 31, 2016, and Chicago's United Center on April 8, 2016.