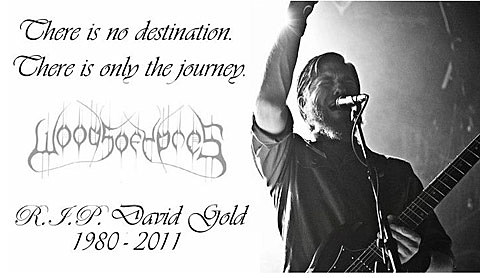 David Gold, aka David Ypres frontman of Canadian doom metal team Woods of Ypres and member of The Northern Ontario Black Metal Preservation Society, passed away following a car accident yesterday near Barrie, ON, Canada. Gold was 31 years old and released three LPs with Woods of Ypres and was preparing to release a fourth via new home Earache. Woods 5: Grey Skies & Electric Light is due on January 30th and you can check out a song from that record below and a second at Metal Hammer.

R.I.P. David Gold, you will be missed.

Woods of Ypres - "Career Suicide (Is Not Real Suicide)"

Woods Of Ypres "I Was Buried In Mount Pleasant Cemetery"

Woods of Ypres - Allure of the Earth