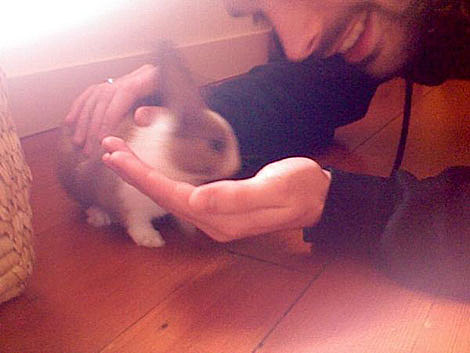 David Karsten Daniels is a songwriter/composer/performer who has lived in too many places to really be from anywhere. He currently resides in Ashland, Oregon with his lovely wife and schizophrenic pet rabbit. He's spending this winter film scoring, snow shoeing and writing songs (about rabbits) for a collaboration with Richmond VA's Fight the Big Bull. Most recently, he's put out two albums and a few singles on Fat Cat Records.

David Karsten Daniels is out on tour, currently with his Fat Cat label-mates Frightened Rabbit, and then soon for a few more shows without them. Catch him tonight, Saturday January 17, at Bowery Ballroom in NYC, and then again this Wednesday, January 21st, with Colourmusic and Hockey at Union Hall in Brooklyn. All dates and a video below...