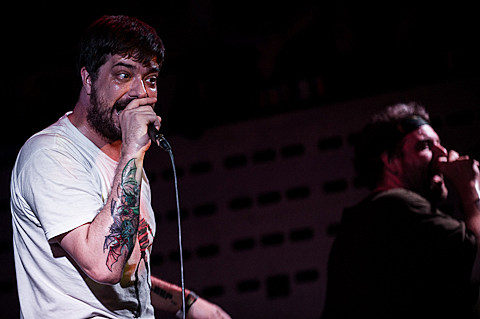 Bang On A Can's David Lang is the 2013-2014 season's holder of the Richard and Barbara Debs Composer's Chair at Carnegie Hall, and for the season, he'll be presenting his collected stories series. On the series, David says:

My series--collected stories--divides up the narrative world into topics so we can see how the music changes from subject to subject. Music from different cultures, times, environments, and sound worlds, plus some really exciting commissions, are placed next to each other, highlighting their narrative similarities and telling a larger kind of story about how we listen, experience sound and time, and use music to make sense of the world around us.

And speaking of Bang On A Can, BOAC's marching band Asphalt Orchestra is performing the Pixies' Surfer Rosa in NYC at Le Poisson Rouge on Sunday (1/12). Tickets for that show are on sale now.