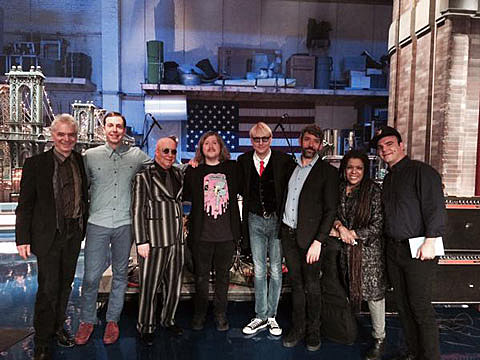 It's the end of an era, or soon will be. NYC icon David Letterman will announce his retirement from The Late Show on this evening's show (4/3). His last show will be sometime in 2015. The news broke, of all places, from former R.E.M. bassist Mike Mills' Twitter, who is performing tonight with his old bandmate Peter Buck who are both backing Joseph Arthur. (The Late Show tapes in the afternoon.) He told the audience (via Hitfix):

I just want to reiterate my thanks for the support from the network, all of the people who have worked here, all of the people in the theater, all the people on the staff, everybody at home, thank you very much. What this means now, is that Paul and I can be married.

We don't have the timetable for this precisely down - I think it will be at least a year or so, but sometime in the not too distant future, 2015 for the love of God, in fact, Paul and I will be wrapping things up.

By next year, Letterman will have hosted The Late Show for 22 years, and he did 11 seasons of Late Night with David Letterman before that.

For those who only know him from The Late Show autumn years, Late Night with David Letterman changed not only the face of late night television but comedy in general. When the show began, the 12:30 AM time-slot was a wasteland and Letterman was a hilarious, often subversive presence, openly mocking NBC (and its parent corporation, G.E.) and occasionally even the guests. Like Monty Python's Flying Circus and The Simpsons, Letterman's impact on comedy cannot be overestimated.

Of course, Letterman's shows were also responsible for a lot of cool bands making their network debut, from R.E.M. (where they played "South Central Rain" a year before Reckoning was released) to Sonic Youth, to more recent bands like Dum Dum Girls and Future Islands, whose appearance from a couple weeks ago turned into an internet meme.

You deserve a break, Dave, but we'll miss your gaptoothed mug when you're gone. Video clips (including Bill Murray on Late Night's first-ever show) below... 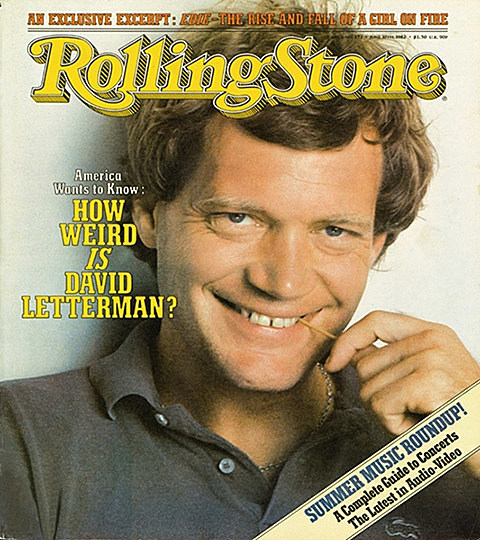 Letterman - "Are those your drums or rentals?"

"They Took My Show Away"

'With My Own Eyes' - David Letterman's Holiday Film Festival