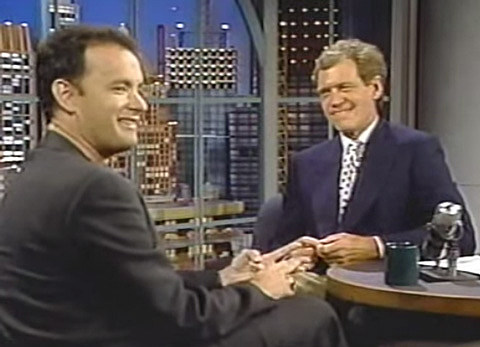 David Letterman's final night as host of The Late Show is May 20 and EW points out the show has announced many of its big final guests, which include a rare performance and interview with Tom Waits on May 14. Elvis Costello, who's about to tour with Steely Dan, will be stopping by at some point too, as will Bill Murray (who was Letterman's first guest on both his NBC and CBS shows), Jerry Seinfeld, Steve Martin, Alec Baldwin, Robert Downey Jr., Will Ferrell, Don Rickles, Tina Fey, George Clooney, Oprah Winfrey, Howard Stern, and Tom Hanks who was Dave's guest on the final night of NBC's Late Night With David Letterman. That show also featured a surprise appearance by Bruce Springsteen doing "Glory Days." Springsteen has not been announced in the list of final performances, but maybe he'll do it again? More still to be announced.

Letterman, who used to do on-the-street interviews all the time in the early days of his NBC shows, recently appeared on Billy on the Street to ask New Yorkers what his next move should be. You can watch that, and a vintage Letterman "Tour of 46th St" bit, below...