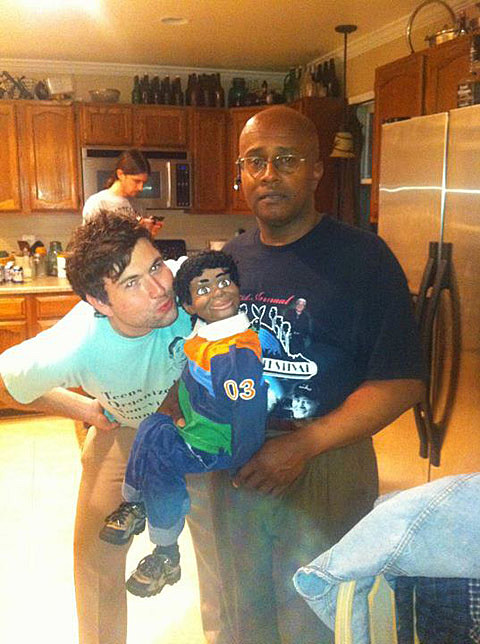 David Liebe Hart is a puppeteer, actor, songwriter, sign painter, musicainist, and street entertainer from Los Angeles. He is best known for his long running public access show, performing outside the Hollywood Bowl with his puppets, and his frequent appearances on The Tim and Eric Awesome Show Great Job! on Cartoon Network. This album was recorded in early 2008 with the help of producer Adam Papagan and chronicles David's experiences with women, UFOs, and trying to make it in the entertainment industry. -[the word-for-word bio from the most recent David Liebe Hart/Adam Papagan LP]

Everyone has CMJ regrets. Mine? Missing David Liebe Hart at Pete's Candy Store on 10/21. The Tim & Eric Awesome Show, Great Job! regular played the Brooklyn venue as part of The David Leibe Hart Band, so luckily he has added another FREE show, this time at the MISHKA storefront in Williamsburg on 10/25 at 7PM (350 Broadway, Brooklyn). More details are in the flyer below.

Check out the flyer, a full LP stream (!), some live video from a performance at Bruar Falls in April, and some video of DLH on Tim & Eric below. 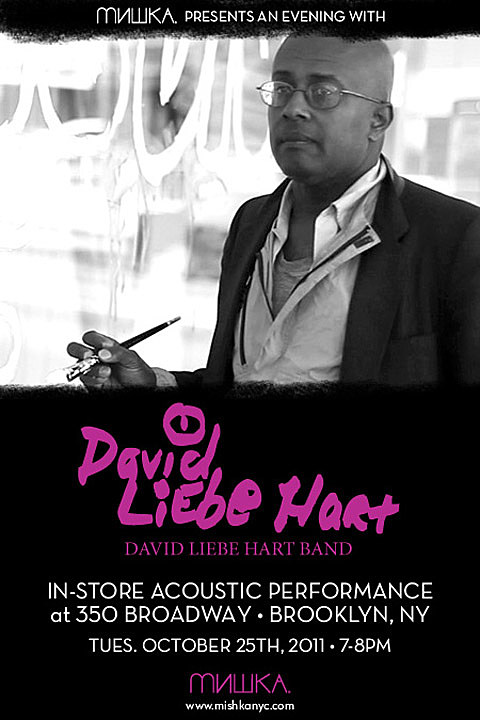