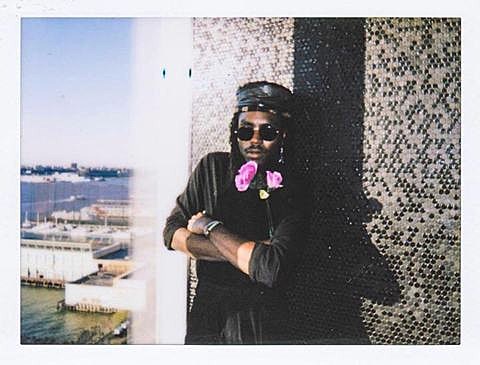 Blood Orange has his NYC record release show tonight (11/15) at 285 Kent for his new album Cupid Deluxe, which pretty much sold out instantly. Apart from that he was playing with a full band that included Friends' Samantha Urbani, other details on the show were scant, with promises of "special guests" and little else. But Dev Hynes just revealed the full plan for tonight's show on Facebook:

At tonight's record release show @ 285 Kent, I will be performing CUPID DELUXE with a live band feat. Caroline Polachek, Dave Longstreth & Despot. Le1f will be opening up at 10:30 and then I perform at 11:30. See you there.

Caroline Polachek, Dave Longstreth, and Despot are among those who make guest appearances on Cupid Deluxe. Doors are at 9 PM for tonight's show. Dev just released a video for Cupid Deluxe's closing track "Time Will Tell," which was recorded live (and riffs on "Is What it Is" which is also on the album). You can watch that below.