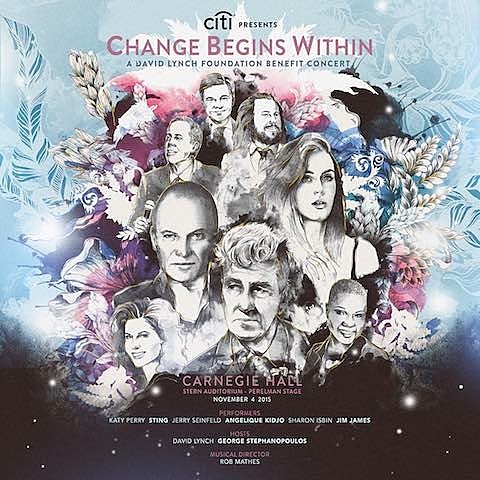 Filmaker David Lynch is working on a hybrid biography/memoir titled Life and Work that's due to be released in 2017. The biography portion of the book will be written by journalist Kristine McKenna. Says Lynch:

There's a lot of bullshit out there about me, in books and all over the Internet. I want to get all the right information in one place, so if someone wants to know something, they can find it here. And I wouldn't do it with anyone other than Kristine; she and I go way back, and she gets it right.

Elsewhere, we''re still a year off from Lynch's new Twin Peaks episodes which are expected to air on Showtime in late 2016. Two original castmembers who fans will miss: Michael Ontkean (Sheriff Harry Truman) who has announced he will not return; and Catherine E. Coulson (who played The Log Lady) who sadly died in September.

In other news, Lynch and George Stephanopoulos will co-host a benefit concert for the David Lynch Foundation on November 4 at Carnegie Hall in NYC with performances by Katy Perry, Sting, Jerry Seinfeld, Jim James, Angelique Kidjo and Sharon Isbin. Tickets are on sale now.