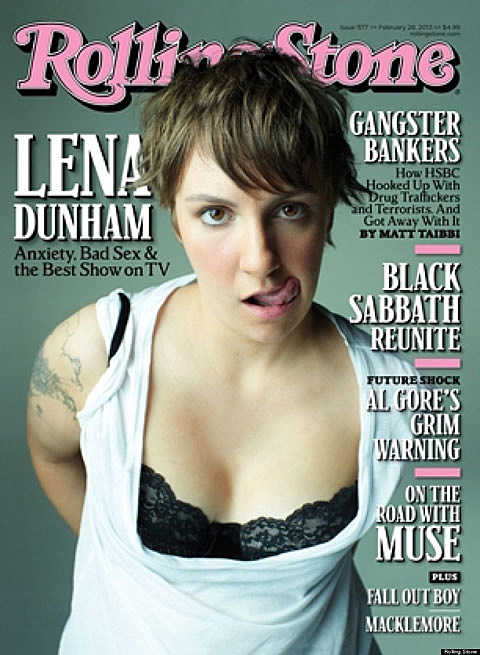 Tickets for an "Evening with David Sedaris" are on sale now.

Tickets for Lena and David will go on sale Friday, September 13, but you can get them starting Tuesday (September 10) via an exclusive BrooklynVegan presale. Just head to the ticket page (which will be live soon) and enter code VEG18042.

As for Girls, which is up for five Emmys this year, the show is currently in production for Season 3 (which will feature Kim Gordon in an episode) which will air in 2014. You can watch an "In Production" teaser below.

In related news, the first-ever movie adaptation of a Sedaris essay is coming to the big screen. 'C.O.G.' premiered at Sundance and hits theaters on September 20. The trailer and more information on the two Carnegie Hall events, below...

After more than 10 years and countless appearances around the globe, David Sedaris returns to Carnegie Hall for an evening of reading and hilarity. His 2002 appearance garnered a Grammy nomination for Best Comedy Album. On the heels of his first non-fiction book in more than five years, Let's Explore Diabetes with Owls, you won't want to miss this bestselling author in an evening of sardonic quips, incisive social critiques, and insightful diary entries.

An Evening with David Sedaris is presented by Madstone Productions, Show and Tell, and in association with The Steven Barclay Agency

Dunham, seven-time EMMY® nominee and two-time Golden Globe® Award winner will read stories of unrequited lust, dangerous dangling on the career ladder and tiny triumphs of the heart. Dunham serves as executive producer, writer and director for GIRLS, the highly popular series on HBO now in its third season. Dunham has quickly established herself as one of the top young voices in TV and film making today and recently signed a deal with Random House Publishing for a collection of essays to be titled Not That Kind of Girl: A Young Woman Tells You What She's Learned, slated to be released in 2014.

"I have long been obsessed with David Sedaris' work, speaking voice and personal life. I feel like this is my big chance to really get everything I need from him. This is an honor, a dream come true, and every other cliché used to describe incredible and unexpected things. I look forward to learning, and laughing, a lot."- Lena Dunham

Internationally known for his sardonic wit, and one of the world's most pre-eminent humorists, David Sedaris' readings never fail to entertain and enlighten. Sedaris, author of multiple New York Times number one best sellers and three-time GRAMMY® nominee, has sold over 7 million copies of his books and has won countless literary awards. His latest book release, Let's Explore Diabetes with Owls, debuted number one on the New York Times bestseller list and has remained on the list for the last 17 weeks.

"I've loved Lena's writing on Girls and in The New Yorker. Then we met and I was struck, not just by her enthusiasm, but by her excellent manners. She's young and talented and writes e-mails that begin with "Dear" rather than, "Hi."- David Sedaris

Alone Together At Last: Lena Dunham and David Sedaris is presented by Madstone Productions & Show and Tell.
---