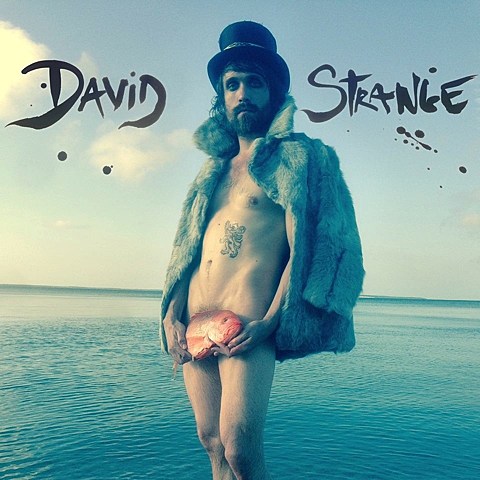 David Strange is a session musician, a former touring guitarist in Courtney Love's band, and he's also a solo artist and will be releasing a self-titled EP on October 14 (pre-order). He recorded it in Yoko Ono's home studio, the same place Sean Lennon and Charlotte Kemp Muhl's band, GOASTT records. Charlotte also recorded the EP with David, producing and arranging everything and providing backup vocals. Like GOASTT, David is interested in bringing back the psychedelic sounds of the late '60s and the EP's first single, "Mean World," does a pretty good job of this. You can check it out for yourself -- its video premieres in this post.