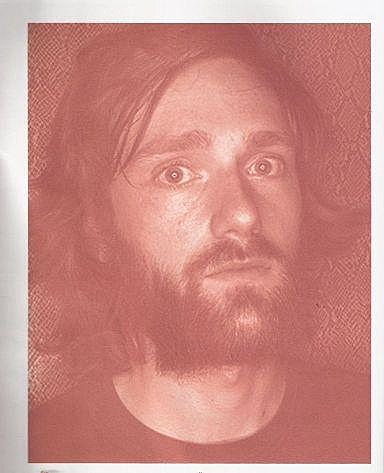 Talented UK experimental-folk artist and friend of Doveman/Sam Amidon, David Thomas Broughton will make a rare and brief stop in NYC before heading to SXSW next week. All in all he'll play only two shows in the US, both of which are for The Local. "The Local is an evening of fine live music hosted by Howard Monk. It's an unpretentious affair, and friendly too." More specifically, The Local is a UK EVENING of fine live music, and on March 17th they will be "in New York for a second time"...

Hosted by Howard Monk ('Later with Jools Holland meets Phoenix Nights. Result!' Time Out), The Local hosts two events in the U.S, in NYC and Austin, Texas (SXSW) and will feature live performances from the inimitable David Thomas Broughton (SXSW & NYC), last seen layering and sampling his melancholy tales with a banana in his mouth; the much celebrated Liz Green (NYC & SXSW), winner of Glastonbury Festival's Emerging Talent competition last year, and with a new album on its way, the 'flickering and hummable' stories of Shearwater (SXSW) and the much vaunted Alela Diane (SXSW).

Full lineups for both shows below...