David Wax Museum at B.O.M.B. Fest in May (more by Eric M. Townsend) 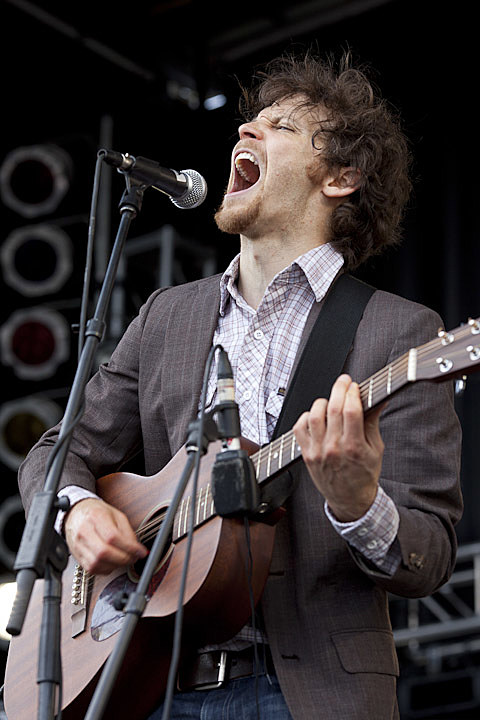 "David Wax is a rabbi in New Jersey recently accused of murder, but that's not the David Wax who fronts the David Wax Museum, a Latin folk band! This is all a terrible coincidence. David Wax and the other members play a raucous, Mexican-tinged folk music that also pays homage to indie rock (but without any ironic detachment)."
[Express Night Out]

David Wax Museum kicked off a run of summer dates at Clearwater Festival last month. They've got more scheduled through September including a free NYC show tonight (7/27) in Madison Square Park, before they hit the SOLD OUT Newport Folk Festival this weekend. Tonight's show is part of the Madison Square Music Oval Lawn Series, which presents free music in Madison Square Park every Wednesday through August 10. Doors open at 7 PM.

Wanda Jackson, who also plays Newport, plays a free show in NYC tonight (7/27) too. Hers is at Central Park Summerstage with Imeida May.

The Head and the Heart also play Newport and have more shows coming up including 3 headlining shows in NYC, and one at the Dave Matthews Band Caravan which hits Governors Island for three days (8/26-28). They play Governors Island that Saturday, as do David Wax Museum (don't hold it against them).,

All David Wax tour dates, a video of them performing at NPR's Tiny Desk, and a new live video too, below...