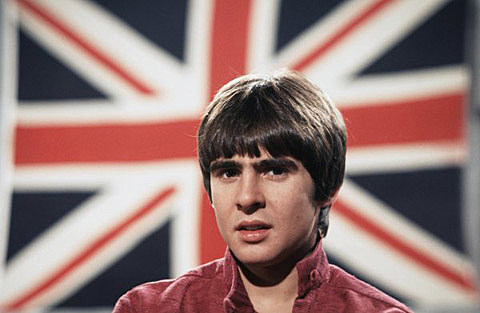 An official from the medical examiner's office for Martin County, Florida confirmed with TMZ they received a call from Martin Memorial Hospital informing them that Jones had passed away.

Jones is survived by his wife Jessica and 4 daughters from previous marriages. He was 66-years-old. Jones was married to Jessica Pacheco -- his 3rd wife.

Jones joined The Monkees in 1965 ... along with Micky Dolenz, Michael Nesmith and Peter Tork ... and together they churned out a bunch of hugely popular songs including 3 number 1 hits -- "Daydream Believer," "Last Train to Clarksville" and "I'm a Believer."

Davy Jones passed away from a heart attack this morning at the age of 66. Mike Nesmith posted the following message:

All the lovely people. Where do they all come from?

So many lovely and heartfelt messages of condolence and sympathy, I don't know what to say, except my sincere thank you to all. I share and appreciate your feelings.

But let's not get ahead of ourselves here.

While it is jarring, and sometimes seems unjust, or strange, this transition we call dying and death is a constant in the mortal experience that we know almost nothing about. I am of the mind that it is a transition and I carry with me a certainty of the continuity of existence. While I don't exactly know what happens in these times, there is an ongoing sense of life that reaches in my mind out far beyond the near horizons of mortality and into the reaches of infinity.

That David has stepped beyond my view causes me the sadness that it does many of you. I will miss him, but I won't abandon him to mortality. I will think of him as existing within the animating life that insures existence. I will think of him and his family with that gentle regard in spite of all the contrary appearances on the mortal plane.

David's spirit and soul live well in my heart, among all the lovely people, who remember with me the good times, and the healing times, that were created for so many, including us.

I have fond memories. I wish him safe travels.

The Monkees frontman recently played NYC on Feb 18th at BB King's, one of his last shows ever. Video of Jones at that show, along with some other classic Monkees tracks, below....

The Monkees - I'm a Believer

The Monkees - Last Train to Clarksville