Dawes at Bowery Ballroom in March (more by Ryan Barkan) 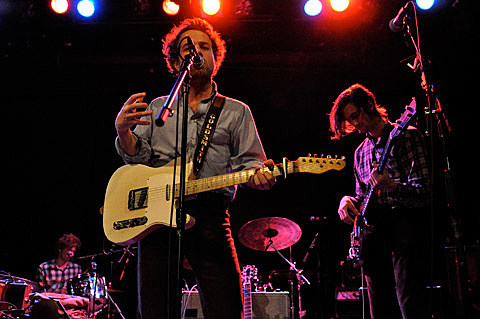 Dawes and Blitzen Trapper are going on a co-headlining tour with support from Smoke Fairies and The Belle Brigade on select dates. Tickets will go on presale via each of the bands this Friday (8/5) at 10 AM. All dates are listed below.

The tour hits NYC on October 26 at Webster Hall with Smoke Fairies. Tickets for that show go on general sale Friday (8/12) at noon with an AmEx pre-sale starting Wednesday (8/3) at noon.

Meanwhile catch Dawes in NYC TONIGHT (8/2) when they open for Alison Krauss at Beacon Theater like they do on the rest of her tour.

Catch Smoke Fairies sooner when they hit Rockwood Music Hall on August 22nd. An updated set of summer dates for them is listed below.

Dawes and Blitzen Trapper are also giving away a 6-song split EP in honor of the tour, which you can grab, alongside all dates, below. 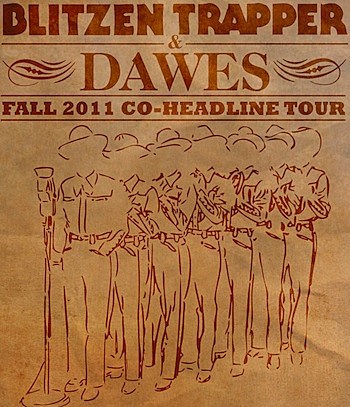