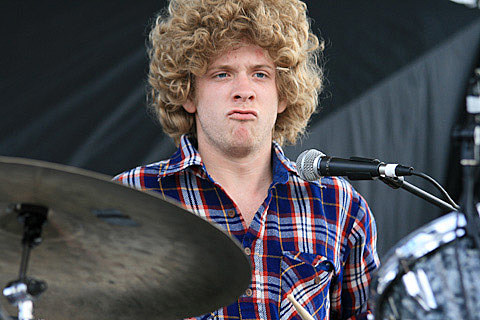 Like the Seaport Music Series, RiverRocks is giving away a free mixtape on Insound to help promote their summer series of free shows which kick off TONIGHT, 7/8, with Phosphorescent and Dawes.

It's a one-off show for Dawes who are back in their hometown of LA two days later to play a free show there too. But on July 14th they kick off a tour in Texas that brings them back to NY and NJ four more times before the month is over. On July 18th they hit the XPoNential Music Festival in Camden, on July 22nd they open for Edward Sharpe at Webster Hall (sold out), on July 23rd they headline Maxwell's (TICKETS), and on July 24th they head out to the tip of Long Island top play the Montauk Surf Lodge.

All dates, and a couple of cool "Yours Truly" session videos that Dawes recorded with The Morning Benders playing as part of their band, below...

Dawes & The Morning Benders "When My Time Comes" from Yours Truly on Vimeo.

Dawes & The Morning Benders "If You Let Me Be Your Anchor" from Yours Truly on Vimeo.