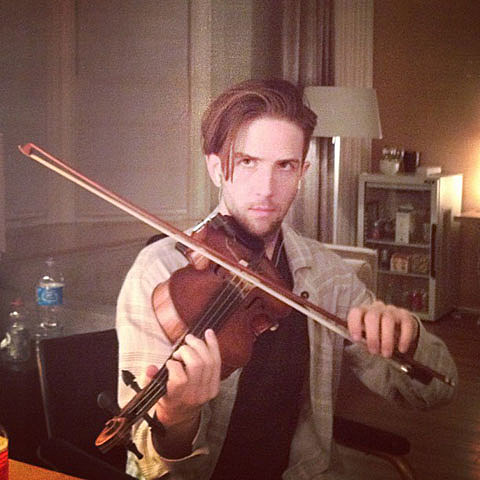 As mentioned, Doveman (aka Thomas Bartlett) is doing his next Burgundy Stain Session show at NYC's Le Poisson Rouge on October 12. Those residencies always come with a slew of guests, and he's revealed that this next one will feature Owen Pallett and Dawn Landes, who according to Doveman's tweet, will be performing "from her kickass French record." The tweet also says, "More performers announced, or maybe secret, soon." Tickets for that show are still available.

Dawn Landes has a few other NYC shows in October before the LPR show with Doveman. On October 2, she'll be doing a musical/visual collaboration with Danica Novgorodoff at the Folding Chair Reading Series at 61 Local (61 Bergen St). And from October 5-9 she'll be singing at Lincoln Center in Two Hearts, the new ballet by Benjamin Millepied (who also did the choreography for Darren Aronofsky's Black Swan). The ballets also feature music by composer Nico Muhly. Tickets for all five dates are on sale now.

In related news, Hannah Cohen, whose album, Child Bride, was produced by Thomas Bartlett, just got the track, "The Crying Game," from that album remixed by Cibo Matto's Yuka Honda (who Bartlett has also worked with). You can download that remix above or stream it below. Yuka also recently produced fellow Doveman-collaborator Martha Wainwright's new album, Come Home To Mama. Martha has upcoming shows as well.

A list of all dates and that song stream below...