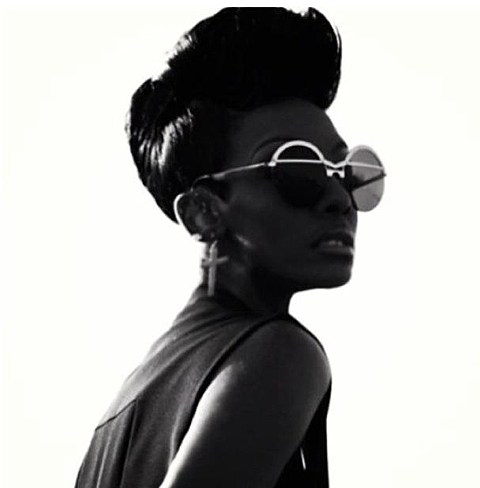 R&B singer Dawn Richard, who released the solid GoldenHeart earlier this year, is playing a few shows in the Northeast this spring/summer including two in NYC. The first is a headlining gig on May 28 at Gramercy Theatre. Tickets for that one are on sale now. Then, she'll do a "special performance" at a 2013 NYC Pride event, which talk show host Wendy Williams is hosting, on June 29 at Hammerstein Ballroom. Tickets for that are on sale now too.

Dawn recently released the official remix for GoldenHeart track "Northern Lights." The remix features a new guest verse from Eve, and you can stream it below. Eve hasn't released an album in over ten years, but she's set to change that this month with Lip Lock, which is due out on May 14. Dawn will repay the favor by contributing vocals to a track on that album (which Missy Elliot, Snoop Dogg, Juicy J, Pusha T, and others also feature on). Eve just went H.A.M. on a new single from that album, "EVE," for which a video just came out this week. You can watch it below.

All Dawn Richard dates are listed, along with that song stream and video, below...