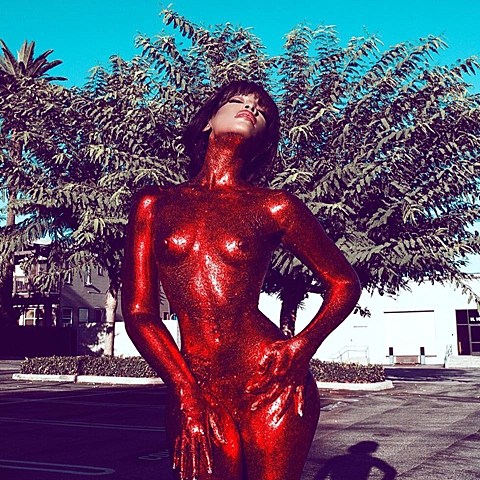 We already knew D∆WN (aka Dawn Richard) would be completing the trilogy of 2013's GoldenHeart and this year's BlackHeart with RedHeart (now seemingly called The Red Era), and we just got its first single: "Dance." That's an appropriate name for this song that compared to her last two albums is, well, a lot more danceable. It's got thumping bass, pounding polyrhythmic drums, and you can listen below. The album's due in early 2016.

D∆WN has a few shows coming up too, including NYC on November 11 at the Marlin Room at Webster Hall. Tickets for that one are on sale now. UPDATE: The show was moved to March 12, 2016. Tickets (same link) are still available.

All known dates are listed, with the stream of "Dance," below...