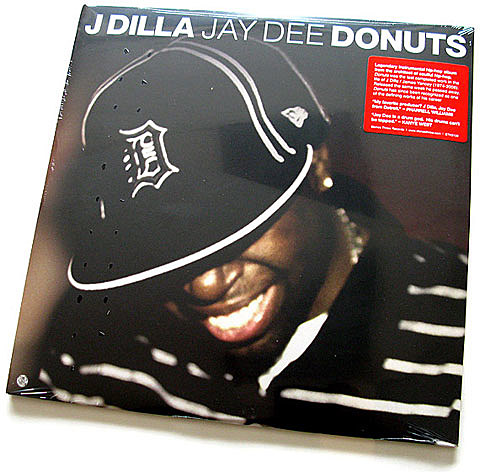 De La Soul recently gave away their entire catalog for free download in celebration of the 25th anniversary of 3 Feet High and Rising, and they'll continue that celebration with more new material, including a mixtape, Smell the D.A.I.S.Y., which will have all beats by the late, great J Dilla. They recently released one of those, "Dilla Plugged In" (which reworks "Plug Tunin'"), which you can listen to below.

Dilla will also be celebrated in NYC with the inaugural "NY Loves Dilla" concert at Marlin Room at Webster Hall on March 23. The show will be headlined by Talib Kweli, and also features sets from Phony PPL and YC the Cynic, with host Maureen "Ma Dukes" Yancey. TIckets for that show are on sale now.

That's one of three NYC shows the busy Talib Kweli is taking part in that week. He'll also be at a special edition of Soulive's 8-night Bowlive at Brooklyn Bowl on March 20. Also appearing that day is DMC of Run DMC, The Shady Horns and Alan Evans Trio (tickets). Talib then does a free in-store and signing at Rough Trade NYC on March 22.

Stream the De La Soul/Dilla song, with a message from De La on the upcoming material, below...

It's been 25 Years since our "Three Feet High" release. We have a lot great memories and an incredible journey. Amazingly enough, our fans stuck around, supported and still want more. Ok, but before you get that, here's a little De La over Dilla Beats.

Enjoy and look out for the new mixtape "Smell The DA.I.S.Y." all beats by J Dilla. Peace... and in advance, You're Welcome.