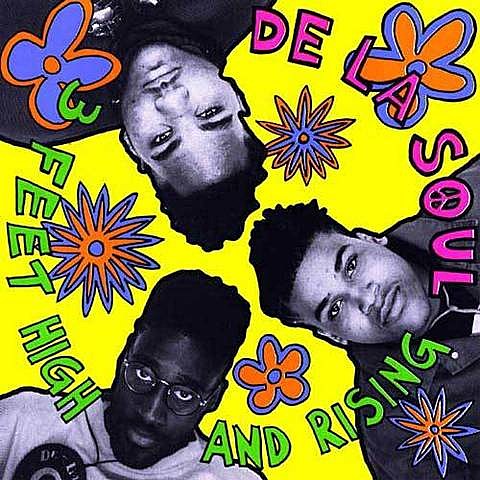 As you may know, hip hop veterans De La Soul have been celebrating their 25th anniversary this year. Part of that celebration included giving away their entire catalog for free download this past January, which they've since won the Artist of the Year Webby Award for. They're also playing a number of tour dates this year, including a 25th anniversary celebration in NYC on July 16 at Irving Plaza. Tickets for that show go on sale Friday (5/2) at 10 AM with Live Nation and Music Geeks presales (password: "musicgeeks") on sale now. All dates are listed below.

De La Soul will also headline a Hopscotch Festival main stage show in Raleigh City Plaza on Thursday, September 4 with support from Toon & The Real Laww. That's ahead of main stage shows from Spoon, St. Vincent and Lonnie Walker on 9/5 and Mastodon, Death and Valient Thorr on 9/6, and the first time in Hopscotch's five years that they're having three main stage shows. 3-day passes are still available.

Speaking of rappers who have been on Gorillaz albums, Deltron 3030 are among the artists playing free Celebrate Brooklyn shows this year. Talib Kweli is playing one too.

Speaking of Gorillaz, Damon Albarn is playing solo shows this year, including Governors Ball and a Governors Ball afterparty at Irving Plaza which is on presale (password: "govballnyc") now.

All dates are listed, with a stream of De La Soul's Smell the D.A.I.S.Y mixtape (with beats by J Dilla), below...