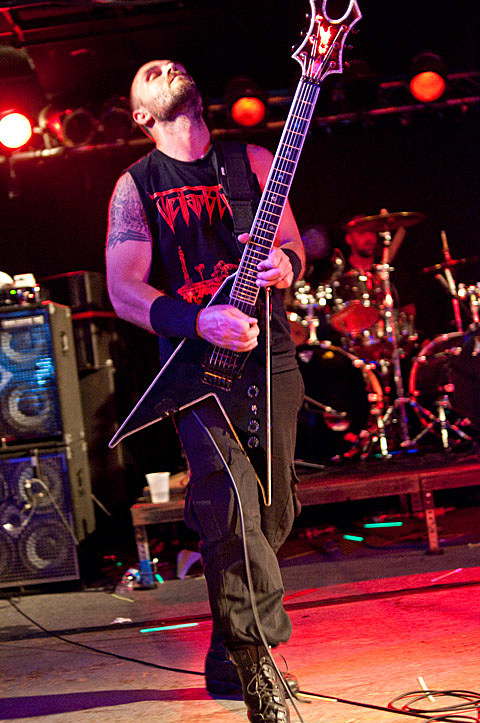 After the dust has settled on Saturday's Martyrdoom 2012 (6/30), Dead Congregation will stick around to play a second show at Saint Vitus on Sunday (July 1st). The band will also be joined by Sanguis Imperem, Dethroned Emperor and one more TBA. There are two ways to get in, either at the door for a reduced admission with your Martyrdoom wristband or you can head directly to the show with a separate ticket, on sale now.

Martyrdoom goes down at Public Assembly on Saturday. Encompassing two stages and more than 10 metal bands, the show will feature unmissables like Grave Miasma, Cruciamentum, Dead Congregation and many many more. Tickets are still available.