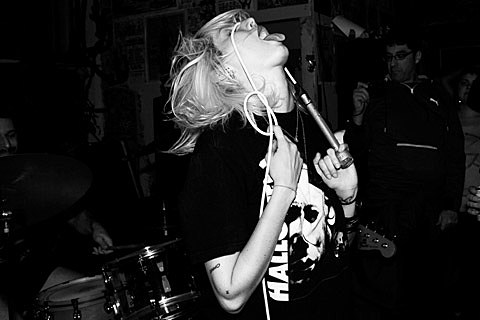 As you may know, Williamsburg DIY venue Dead Herring hosted its final show on S. 5th street a couple weeks ago. But this herring isn't really dead, it's just moving. And apparently changing names, though they don't say what the new name is going to be. But they say a lot of other stuff on their Kickstarter page where they're looking for help in converting the raw space into a theatre/art gallery/venue. Here's more:

We're just not done making awesome things happen in Williamsburg. And we got SUPER lucky: we found a new space! And while no place could ever replace Dead Herring in our hearts, we have to say, this new building is even better than Dead Herring's old space! Huzzah!

We're all abuzz with the possibilities offered by this new space. Towards the end of our time at Dead Herring, we were just starting to make more theatre and host more variety shows in addition to DH's bread and butter, awesome rock shows. Our new building is perfectly suited to this emphasis on creating original performances and stretching the boundaries of a DIY space for theatre, art, comedy, dance, and music.

So: while the crew behind this new venture is the same group of hooligans who brought you Dead Herring, this is a whole new adventure for us.

The "Dead Herring Lives" Kickstarter is currently at $3,982 of its proposed $8000 goal with 25 days to go. You can watch their campaign video below.