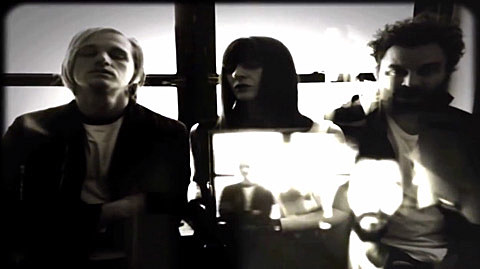 Brooklyn dreampop band Dead Leaf Echo released the true​.​deep​.​sleeper EP earlier this year and the band just made a video for it's swirling highlight "so.wrong" which was directed by singer/guitarist Lg Galleon. The video makes its premiere in this post and you can watch it below.

Dead Leaf Echo have a few shows coming up, including two this week with Detroit's Sister of Your Sunshine Vapor: Wednesday (10/8) at Lit Lounge for a CBGB Fest show with Diavel and Bootblacks. Then on Thursday (10/9) at Grand Victory they play with Beast Patrol and Wilwaukee's Brief Candles. Later in the month, DLE will play Knitting Factory on 10/30 with Fearless Sons.

Sister of Your Sunshine Vapor's most recent release was 2011Spectra Spirit which puts a goth/Doors-y spin on garage psych. Stream it below.

The band have some other dates, including a short East Coast run with The New Lines in December. All dates are listed, along with the new video and a stream of the EP, below.