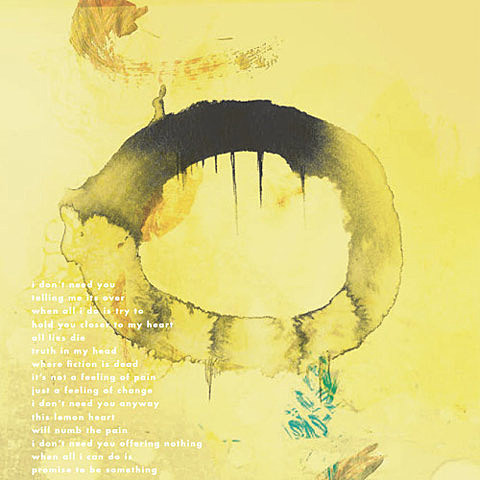 Brooklyn's Dead Leaf Echo will release a new 7", "Lemonheart," on September 15 via Moon Sounds. It's the first single from their new album they've been making with Jorge Elbrecht (No Joy, Tamaryn) and "Lemonheart" was mixed by Monte Vallier (Wax Idols, Weekend). It's a promising taste of the LP, all hazy swoon and a big chorus. Listen below and pre-order your copy.

Dead Leaf Echo have a couple local shows coming up: August 23 at Alphaville with Single Lash, DECORUM (ex Orca Team), and Future Museums (tickets), and then a 7" release party on September 19 at Berlin, which is under 2A and opened recently by Bowery Electric's (and onetime D Generation frontman) Jesse Malin.

After that, Dead Leaf Echo are off to California's Desert Stars Festival and will then tour their back to the East Coast, returning to NYC just in time for CMJ. All dates are listed below.