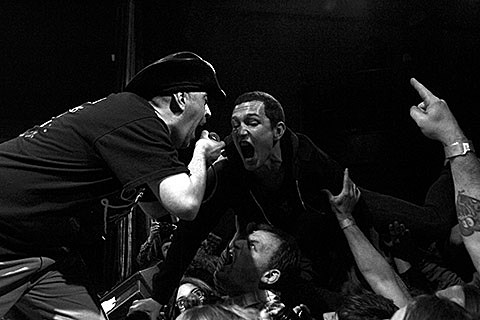 Philadelphia wiseass legends The Dead Milkmen have a few shows lined up for this year, including a stop at the 2014 Northside Festival. For that they'll play play Warsaw on June 14 with openers still to be determined. Tickets are on sale now.

While the band don't seem to have any new music in the works, they do have an official skateboard. All dates, plus a stream of their classic 1985 debut, Big Lizard in My Backyard, below...

Big Lizard In My Backyard - The Dead Milkmen (Full Album)