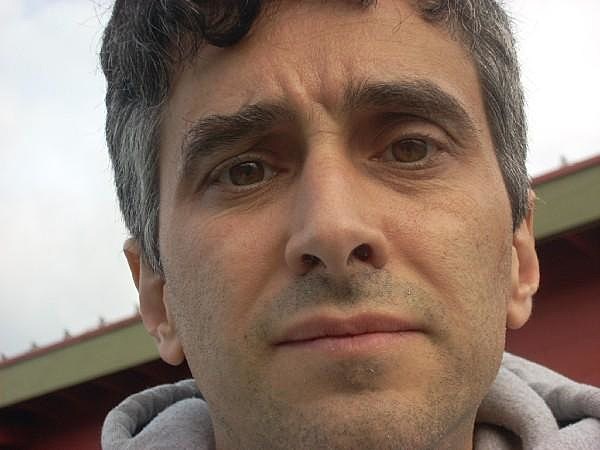 Dead Milkmen guitarist Joe Jack Talcum sets off today (9/1) on a two week solo tour. The tour visits NYC this Friday, September 4th for a show at Cake Shop with Samuel Locke-Ward vs. Darren Brown and The Bassturd.

On September 2nd, Joe shares a bill with another punk rocker turned solo artist, Kevin Seconds, at Asbury Lanes in Asbury Park, NJ (tix). That show is just one date on Kevin's own tour that he's been on since his band 7 Seconds played a couple of shows with the Bouncing Souls at Webster Hall and The Troc. Kevin plays Union Hall in Brooklyn on September 3rd (tix).

Speaking of The Troc, Joe Talcum will also be playing with the Dead Milkmen this fall for a limited set of shows. They play two nights at Riot Fest in Chicago on October 9th and 10th, and then a special hometown show at The Troc in Philly on October 31st. Tickets for the Halloween gig are on sale now.

Speaking of Riot Fest, 7 Seconds (and some other bands) have been added to the previously announced bill (which already included Dead Milkmen). Full lineup and schedule HERE.

Videos of Joe Jack with the Brooklyn What at Fontana's earlier this year, with all of his tour dates, below...

Joe Jack Talcum and The Brooklyn What - Life is Shit

Joe Jack Talcum and The Brooklyn What - Punk Rock Girl