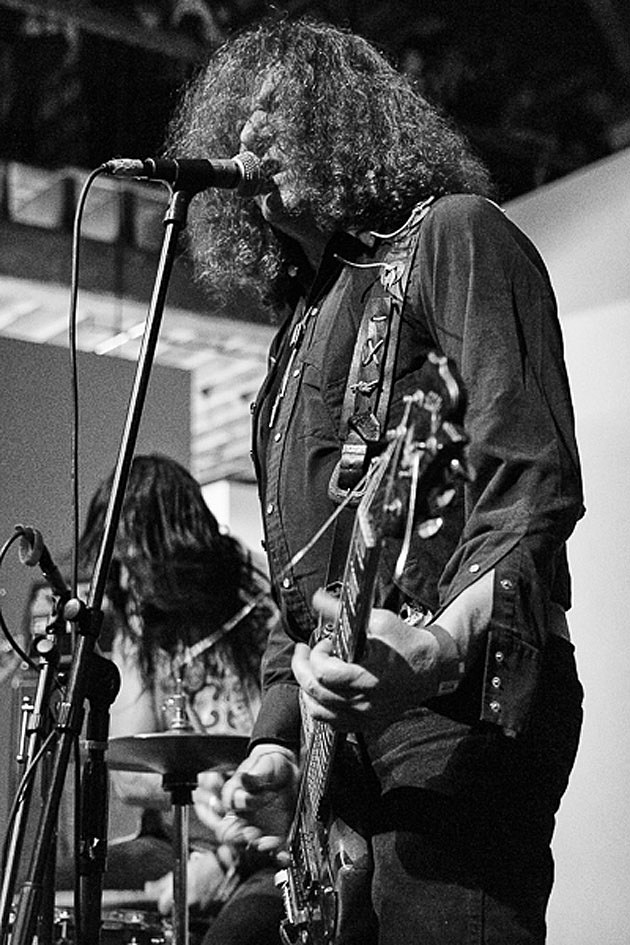 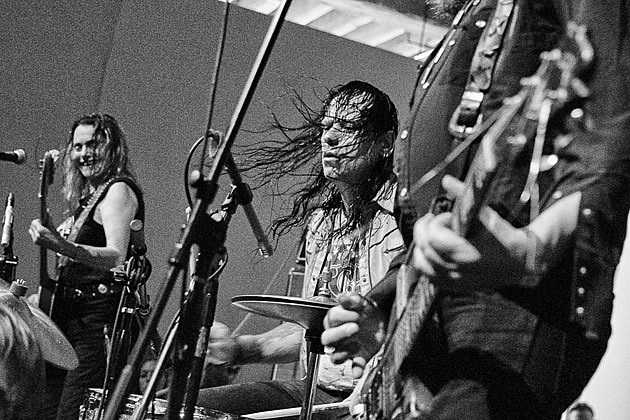 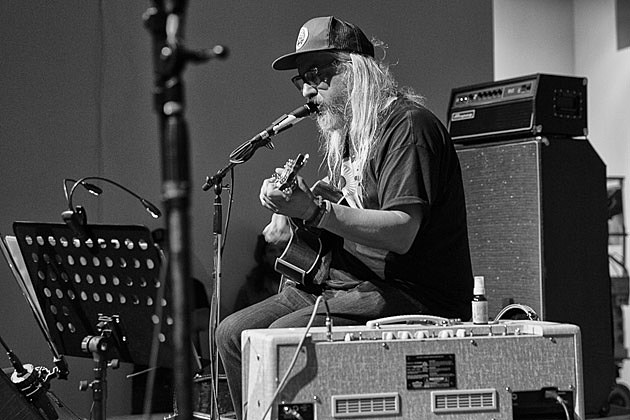 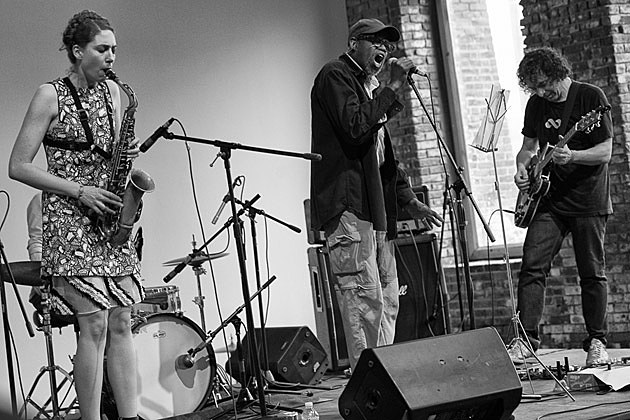 Malcolm Mooney, the original vocalist for Can, joined openers Das Audit for an amazing rendition of "Thief," from the krautrock legends' classic Delay 1968. His voice still has the same haunting pathos of the recording, begging "Oh Lord won't you tell me, why must I be the thief...." That was an unexpected surprise, and I'm very grateful they played it.

Borbetomagus' twin saxophone and guitar bombardment was up next, and they sure don't seem to have lost any power in their nearly forty years of playing. After that, J Mascis played a stripped down set of songs accompanied by a prerecorded track.

The room and balcony were packed when Dead Moon took the stage. Due to unforseen health issues, original drummer Andrew Loomis was unable play on this tour so, with his blessing, Pierced Arrows' Kelly Halliburton subbed.  Their set showed them still playing with passion and energy, burning through a buncha Dead Moon hits including "54-40 or Fight," "I Hate the Blues," "Johnny's Got a Gun" and the chilling "Dagger Moon." Fred gave the crowd a smile at the lyric, "in New York City don't ya cross the line" during Dead Moon Night.

Here's hoping for the best, and another tour, for Fred and Toody and Dead Moon. More pictures from the whole night at Pioneer Works, below... 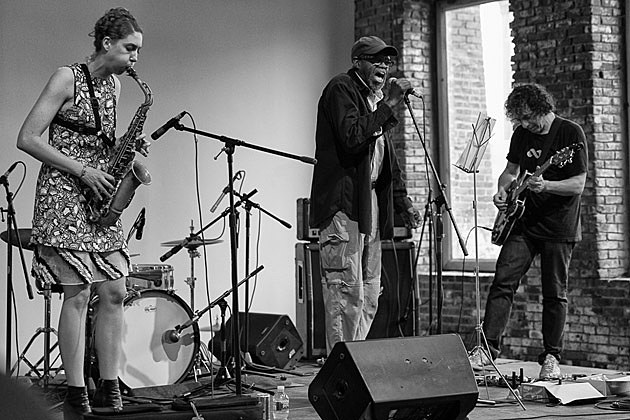 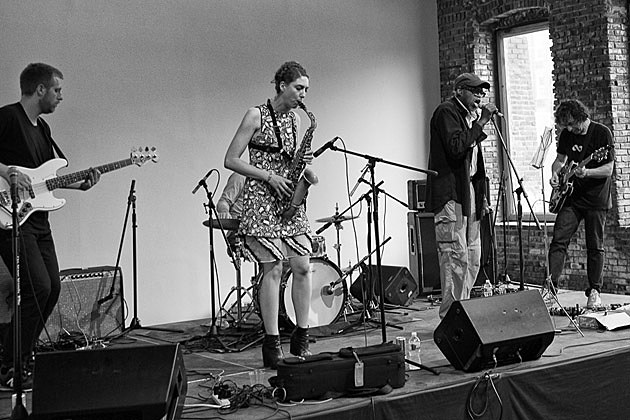 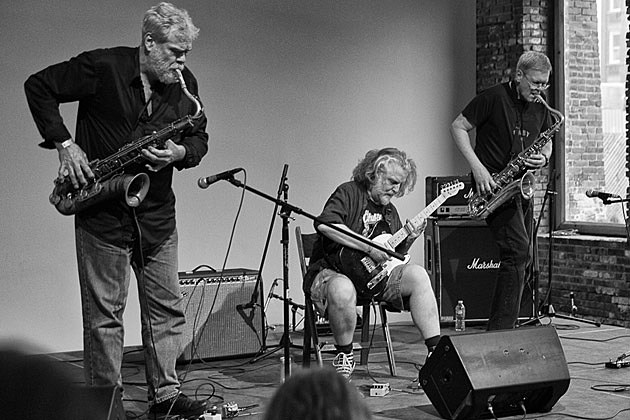 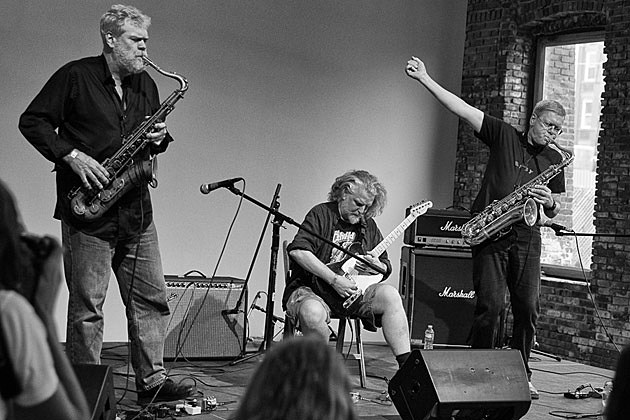 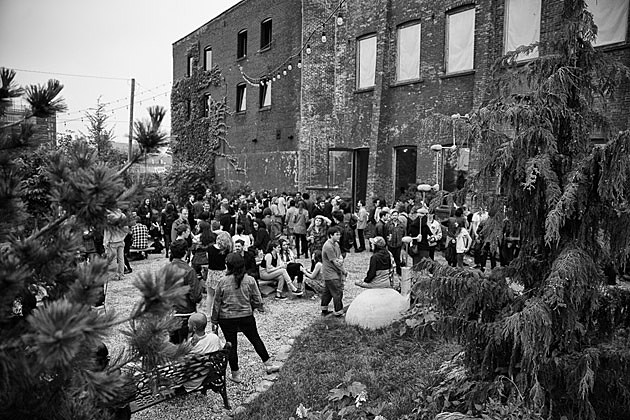 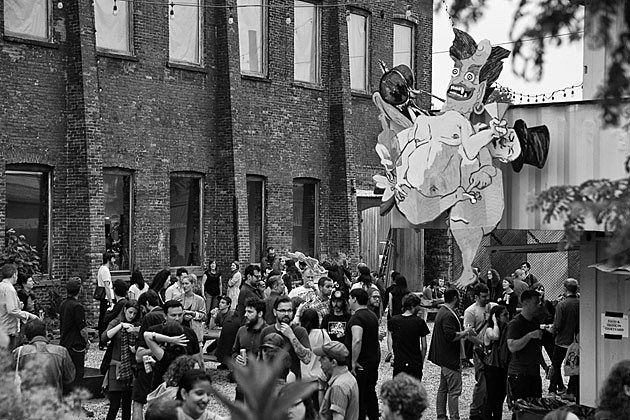 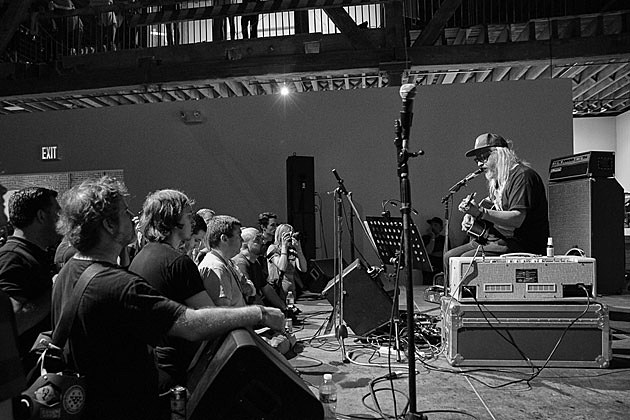 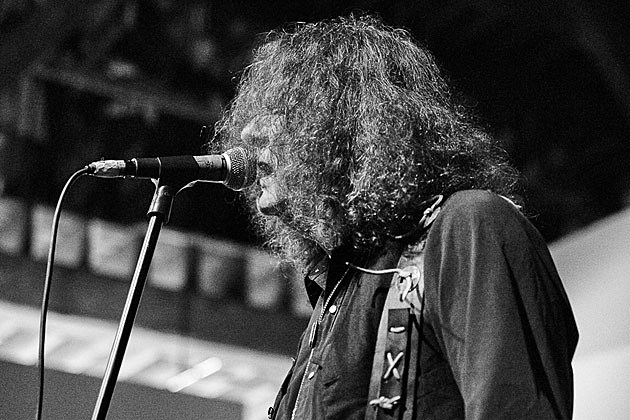 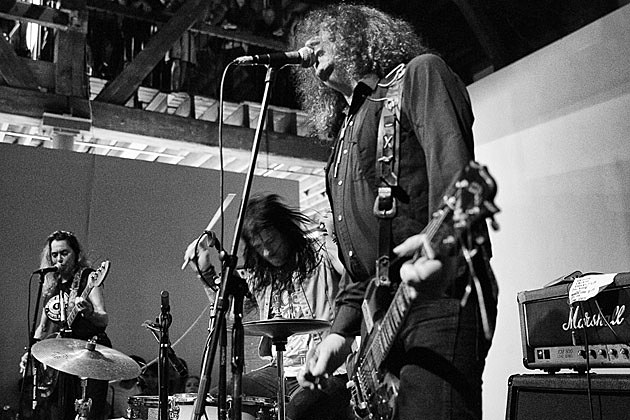 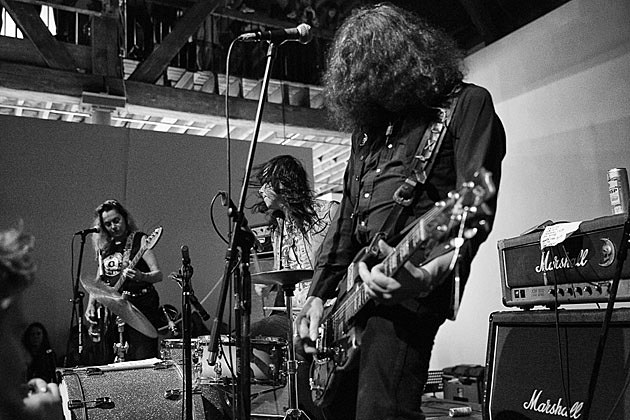 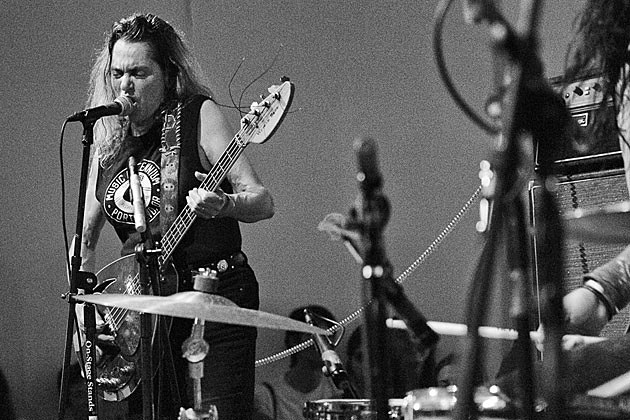 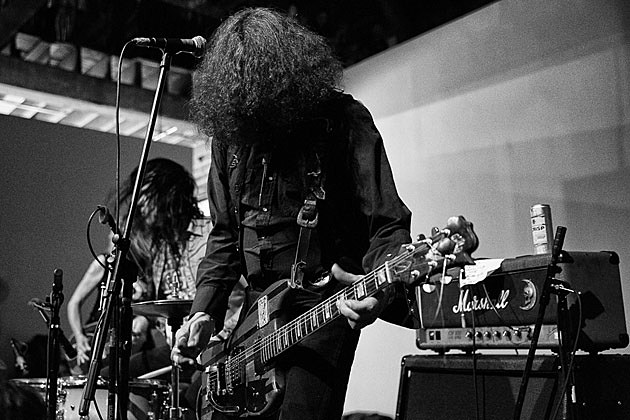 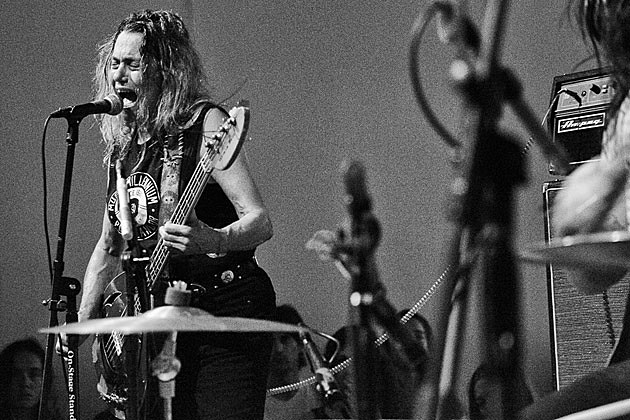 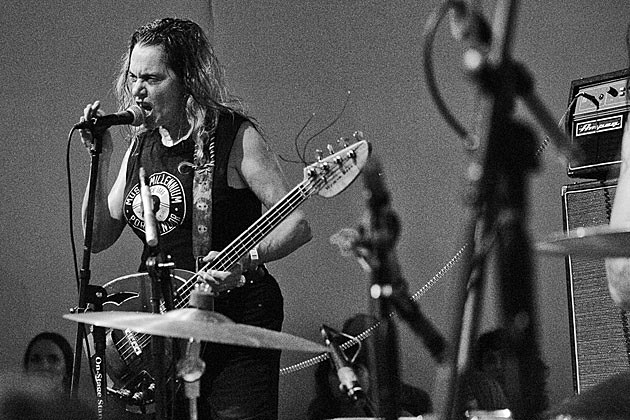 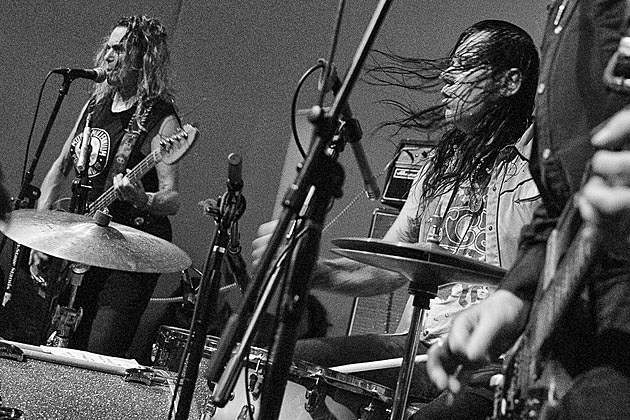 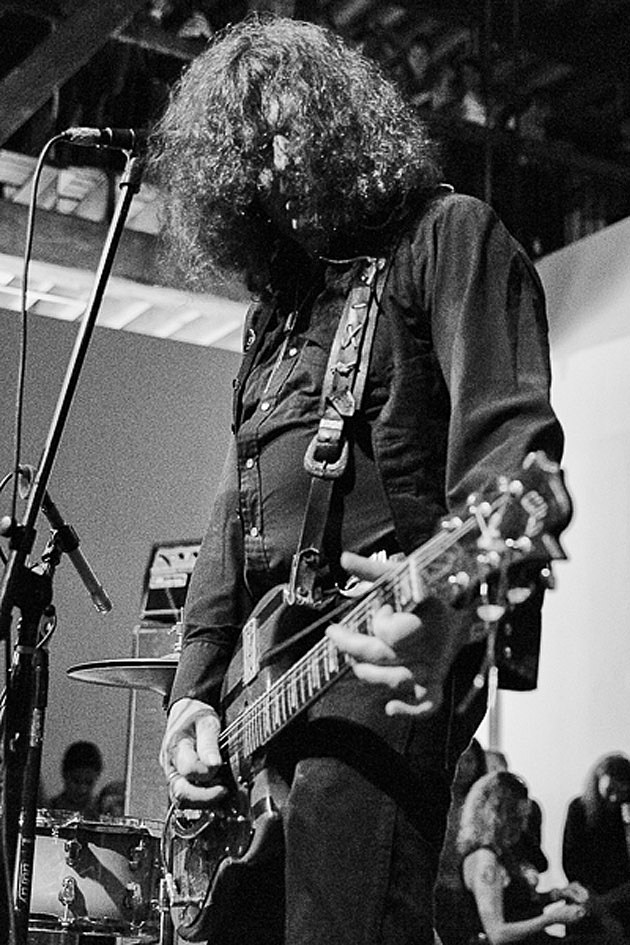 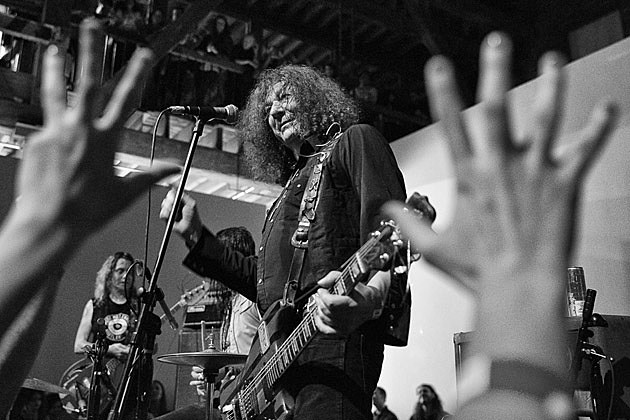 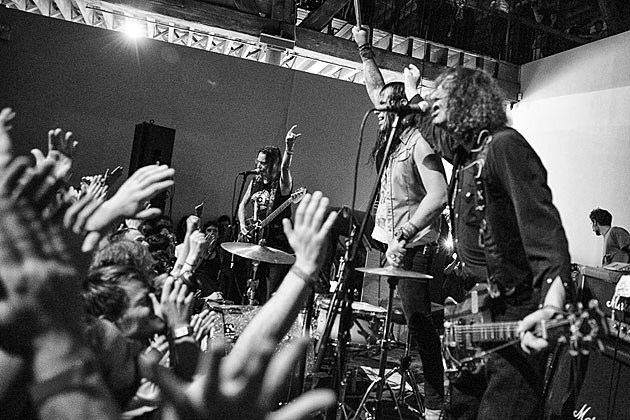 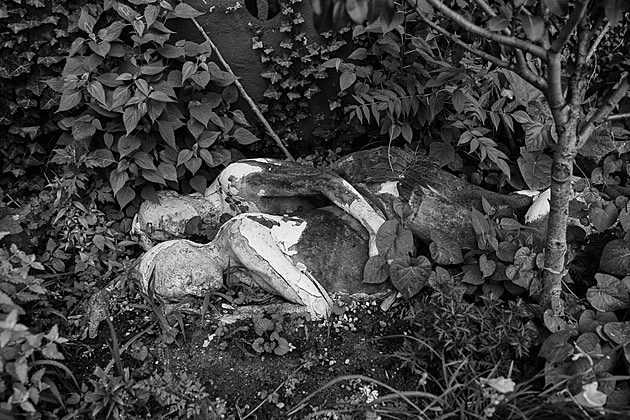 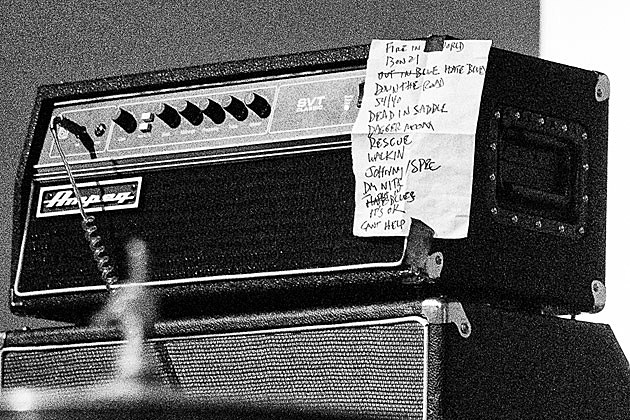