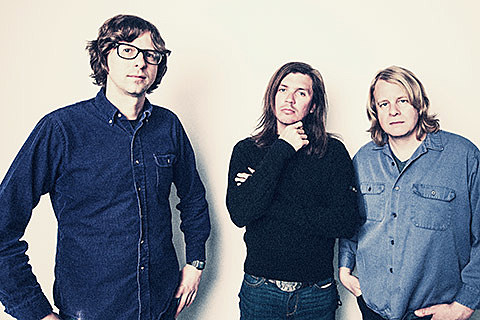 Brooklyn trio (and Game of Thrones fanatics) Dead Stars are set to release their new album, Slumber, on June 17 via Old Flame Records. These three pull from the classic '90s definition of indie rock, and their catchy, crunch brand of pop should appeal to who remembers college radio in the Clinton years fondly. (Though if you like Speedy Ortiz or Paws, you might dig them too.) We're premiering the album's opening cut, "Someone Else," in this post.

Dead Stars have a few local shows coming up: Saturday (4/5) at Jersey City's The Lamp Post with Overlake; April 26 at Union Pool with Heliotropes and Mean Creak; May 6 at Cameo with Slothrust; and May 17 at Cake Shop with Shark?, The Pharmacy, and Bad Lovers.

Dates are listed, along with the new track stream, below...