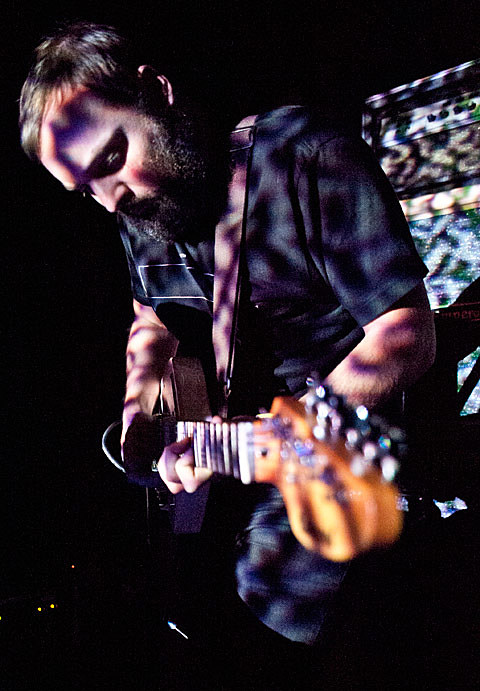 BrooklynVegan and Invisible Oranges are proud to present an exclusive East Coast appearance from Deafheaven, who will join Sannhet, Clean Teeth and Theologian at Saint Vitus on February 22. Tickets are on sale. The show will also work as a coming-out party...

We are Sacrament Recordings and Merchandise, created by the owners of Brooklyn's premier dark music institution Saint Vitus. Sacrament's mission is to proliferate the culture that is experienced by thousands every year at our club through recordings, merchandise, mixtapes, and of course EPIC shows... we have a lot of exciting things coming up, especially from our favorite band Sannhet.

As you may know by now, Brooklyn instrumental trio Sannhet (who played the BV-BBG CMJ show) expertly mixes soaring post-rock with elements of black metal tremolo-picking, hardcore, and more. Think Russian Circles meets Altar of Plagues. Look for their new LP Known Flood on February 19 via Sacrament (the show is their release party), and in the meantime check out their new video for "Absecon Isle," as well as some recent live video below.