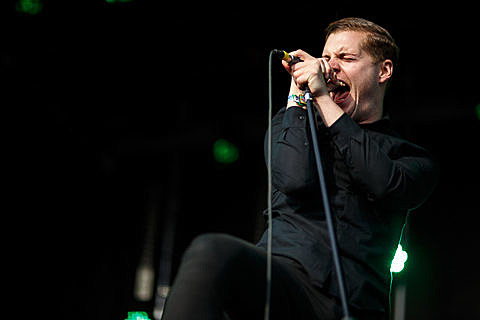 The ongoing Deafheaven tour previously had no NYC dates besides Governors Ball (pictures), but now that that festival's behind us, they've expanded their tour and added a NYC show happening September 14 at Music Hall of Williamsburg, their largest headlining show here yet. Opening for the post/black metal shoegazers on much of their September run are the much dreamier (and not at all metal) shoegazers No Joy, and the MHOW show includes both them and stoner riff rockers Indian Handcrafts, making for a very eclectic bill. Tickets for that show go on sale Friday (6/13) at noon.