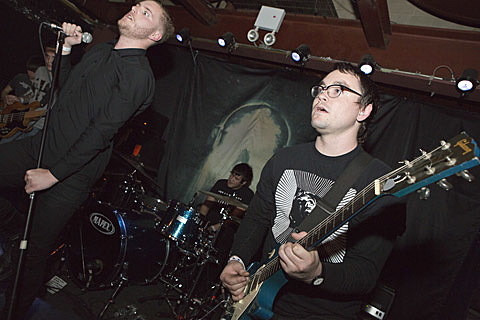 With only twelve days to go, Pitchfork's "Show No Mercy" have announced their Northside Festival showcase with Wierd Records. The June 15th show at Saint Vitus will feature an exclusive headlining appearance from Deafheaven, who will be joined by Austin psychedelics Indian Jewelry, gothic post-punk crew Pinkish Black (who we recently profiled) and black-metallers Vattnet Viskar. Tickets are on sale or you can get in with your Northside badge.

The show is at the same time as the previously discussed show with Harkonen, The Atlas Moth, Fight Amp, and Whores show at Union Pool. The show features a rare appearance from Harkonen, one of their first in NYC since their 2005 dissolution and one of only three dates on the East Coast. Tickets are still available for that as well, or you can also get in with your badge.

Vattnet Viskar, who released a self-titled EP earlier this year, recently signed with Century Media for their next LP. The band played Lit Lounge last month as part of a Broken Limbs showcase (pictures).

Deafheaven appears on the latest Deathwish sampler, which is out now and FREE.

Flyer for the Show No Mercy/WIERD Northside show is below. 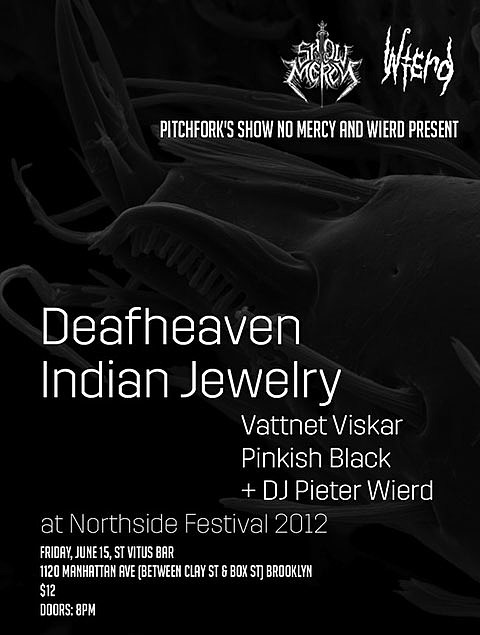